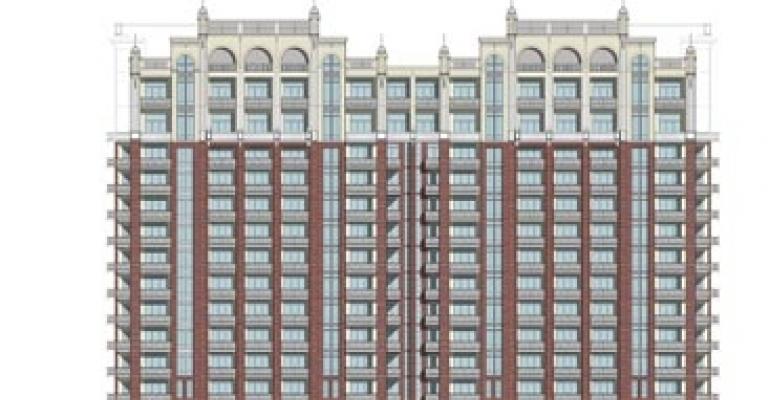 A proposed multi-use development thwarted by the city of Houston sets a dangerous precedent that casts uncertainty on virtually every infill project in the Energy City, the property owner contends.

Buckhead Investment Partners Inc. is suing the city of Houston, which has no zoning law, in federal district court to contest what company principals describe as the arbitrary application of a driveway ordinance to halt plans for 1717 Bissonnet. First filed in July 2007, the proposal triggered heated opposition from two adjoining neighborhoods that sought to prevent its construction.

City staff returned the plans and asked for changes or additional information more than 10 times over the next two years, at one point spending several months drafting an ordinance aimed at regulating the project’s density. Texas law doesn’t allow cities to stop developments using laws passed after those plans are already under review, however.

The city eventually dropped the draft ordinance effort and instead worked up traffic count parameters based on the driveway ordinance. Then last summer, the city denied approval based on the project’s impact on traffic at the busy intersection of Bissonnet and Shepherd Drive, a half mile from the site.

“If allowed to stand, this would be a terrible precedent to be set. Political influence could be used to stop a development in Houston,” says Kevin Kirton, Buckhead’s chief executive officer. Buckhead executives contend then-Mayor Bill White, who has since thrown his hat into the race for Texas governor, unfairly blocked the development in order to pander to wealthy constituents in the two adjoining neighborhoods.

The city granted permits in August 2009 for a version of the project that allowed just 210 residences and pared the commercial space down to about 10,000 sq. ft., but Buckhead’s principals say that plan was filed under duress and they have a right to the greater density originally proposed. Early plans called for a 23-story mix of 231 residential apartments or condominiums, 9,582 sq. ft. of ground-floor retail and 6,712 sq. ft. of executive office suites.

Buckhead’s lawsuit seeks either the right to proceed with the project as originally planned, or restitution for more than $40 million in losses the developer claims it has sustained in actual losses and lost profitability due to plan changes.

“We were forced to meet an arbitrary determination about the number of trips that we could generate,” says Kirton. “We felt like that was inappropriate for our development, that it was arbitrary and capricious on the part of the city. Beyond that, we feel it is the absolutely wrong thing for the city of Houston.”

That’s not to say land use isn’t regulated. Ordinances restrict some uses in proximity to others, including limitations on sexually oriented businesses in relation to churches or schools, for example. Most of the land uses that other cities designate through zoning ordinances are imposed, in Houston, through private deed restrictions within specific subdivisions. Each has its own set of regulations, and a few subdivisions have no land-use restrictions at all, according to David Feldman, Houston’s city attorney.

Deed restrictions in most of Houston’s residential neighborhoods preclude any kind of commercial business, says Feldman, but that doesn’t prevent commercial uses abutting the subdivision and therefore outside the reach of the subdivision’s deed restrictions. That’s the situation with 1717 Bissonnet, which the adjoining neighborhoods dubbed Ashby Highrise in a well-funded advertising campaign to derail the project that would loom over their homes.

“We can’t stop these folks from building a high-rise, but it did create a traffic issue and that’s where the city was able to exercise its municipal powers with respect to the safety of the community,” says Feldman. “The high-rise as planned was going to generate a lot more traffic than was felt the surrounding streets could accommodate. So the city required the developer to scale down in terms of the number of inhabitants.”

The city found that the Ashby Highrise would increase the rush hour traffic delay by four seconds at Shepherd and Bissonnet, an intersection that is currently rated as an “E” on the city’s Level of Service (LOS) scale. An “F” designation on the LOS scale is considered unacceptable and requires steps to improve traffic flow, and the city stated that Buckhead’s project would move the intersection closer to an F level.

Buckhead executives contend the traffic impact their project would add to Bissonnet at rush hour is a drop in the bucket for a roadway that is designated a major collector street, although the city’s project denial in July 2009 stated that the project would create an extraordinary traffic hazard and interfere with normal use of the street. That sets an ominous precedent for infill development in Houston, according to Matthew Morgan, Buckhead’s president.

“No developer is safe,” says Morgan. “Anyone’s permit can be denied by the subjective determination that their project has an unacceptable traffic impact if they’re located within one half mile of any LOS E intersection. I would submit that includes almost any site in Houston.”

The next step in the lawsuit would be a pretrial hearing that enables the parties to begin the discovery process. The city contends the developer waited too long to file its case, however, and has filed for a partial summary judgment.

Both parties agree that the debacle over 1717 Bissonnet could have been avoided if Houston had the sort of zoning controls that are in place in most other large U.S. cities. But both Feldman and the developers also say that Houston’s system of land-use control usually works and is in many ways superior to zoning.

“Unique situations will arise from time to time, like this high-rise, that have to be dealt with in perhaps unique ways,” says Feldman. “If we had zoning, we wouldn’t have these types of issues arise. It’s the nature of the beast when you don’t have zoning ordinances.”