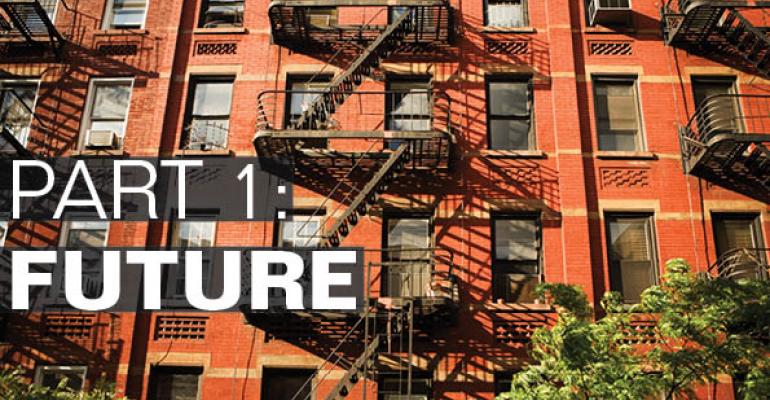 During the Great Recession, the multifamily sector was the silver lining of the very large, dark cloud that was looming over the commercial real estate industry. When the single-housing market’s bubble burst, rental housing units immediately became in demand, and thanks to the economy’s gradual recovery and the arrival of the Millennial generation, who eschew single-housing in favor of renting in urban live/work/play neighborhoods, multifamily housing has continued to impress investors.

Initially, back when the housing crisis began, it was the government, via Fannie Mae and Freddie Mac, that helped to keep the multifamily market alive, but gradually over the years, lenders took notice of the fact that multifamily was not only surviving but was actually thriving. As a result, capital is once again flowing freely within the sector. And while occupancy rates and rental prices have risen, the pipeline of new housing has been lacking, so vacancy rates have dropped to all-time lows in many parts of the country.

Multifamily fundamentals have managed to grow steadily even stronger over the past six years, even outperforming investors’ expectations in some regions. And today, as the economy and the rest of the commercial real estate industry pick up, and the dark cloud of the Great Recession lifts, multifamily still shines, according to the results of NREI’s exclusive survey. Our survey received 1,001 responses from commercial real estate professionals and investors from throughout the United States, including 947 who are directly involved in the multifamily sector. According to our findings, even though multifamily has been performing well for six years now, investors expect performance to continue to gain strength within the sector. Though individual regions vary, and the balance between luxury and affordable housing is still being found, our respondents rated multifamily as the most attractive asset class, and overwhelmingly said they believe that opportunities can be found in every market.

Next Part 2: Widespread Optimism in the Multifamily Sector.