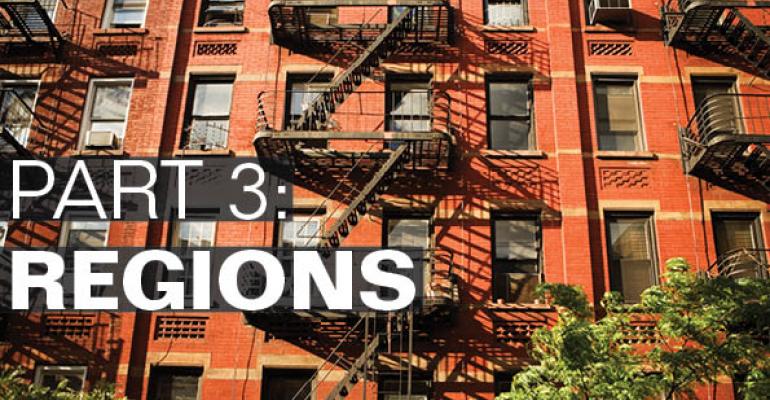 The NREI survey asked respondents to rank regions in terms of attractiveness from a multifamily perspective. Respondents rated four regions on a scale of one to 10 with one being least attractive. The regions were: West/Mountain/Pacific; South/Southwest/Southeast; Midwest/East North Central/West North Central and East. 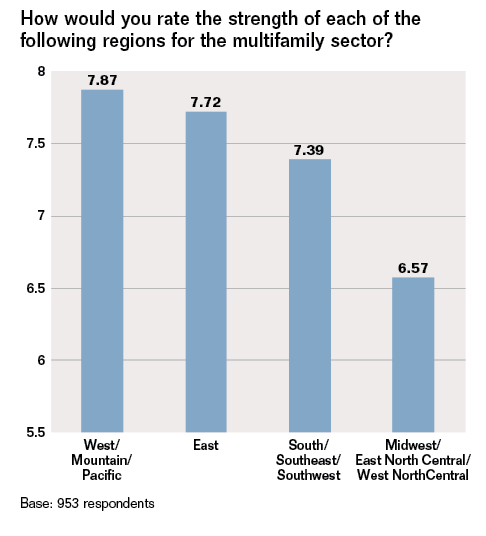 The runner-up was the East region, and the least attractive region was the Midwest/East North Central/West North Central with an average ranking of 6.57 percent. Just 1.9 percent of respondents ranked this region as a 10.

Despite these findings, apartment players contend that there are opportunities in every region. Steadfast Income REIT Inc., for example, is focused on growth markets in the middle of the country rather than on the coasts. The non-traded REIT owns 65 communities in 11 Midwestern and Southern states, and recently acquired properties in Dallas and Chattanooga, Tenn.