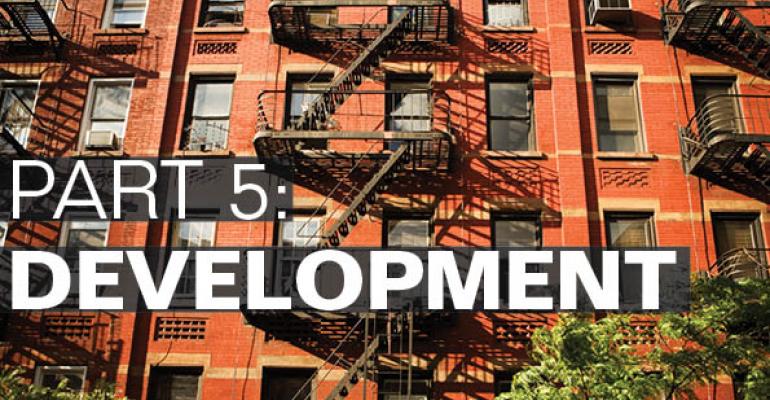 Ryan is one such multifamily developer who feels the amount of development is appropriate. “Generally development is in balance,” he says. “There are pockets where there might be oversupply, but not many. And some markets are still underserved.”

Marquette Companies plans to break ground on a 30-story apartment project in downtown Houston this summer. Dubbed Block 52, the 360-unit high-rise is a joint venture with Hunt Properties. In addition to Block 52, Marquette also is developing a 19-story project in Chicago’s West Loop between downtown and Greektown called Catalyst. 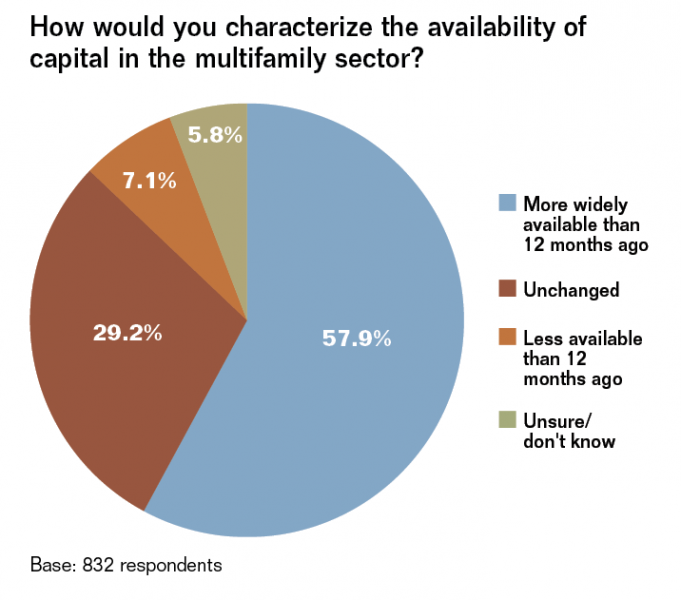 Likewise, Crescent Communities has 4,300 units under development in Florida, Georgia, North Carolina and Tennessee. Five properties are in lease-up, and Natwick says foot traffic and leasing velocity has exceeded expectations. To that end, rental rates are above pro forma.

Neyland, meanwhile, is slightly concerned about overbuilding in the luxury urban apartments, where most of the development is concentrated. She points to recent data from Axiometrics, which found that the number of units being delivered in that market that are renting for $1,000 or more has grown rapidly compared to the rest of the apartment market, resulting in slower rent growth.

For example, the average monthly rent for a brand-new apartment in Dallas was $1,320 early this year, according to Axiometrics statistics, which is available to only the top 10 percent of renter income. On a national basis, new product is priced somewhere between $1,000 to $1,600 per unit, depending on location, unit mix, amenities and other factors. The vertical/urban product (such as high-rises) coming online this year will be above that range, and for already expensive markets like Washington, D.C., and Seattle, prices will be $300 to $400 higher still.

Over the past several years, the majority of multifamily development has been focused on urban areas. However, a number of developers are now working on suburban properties as well.

“From a demand standpoint, we agree that there continues to be some urbanization … we don’t think people exclusively want to live downtown,” Naughton says. “There’s still demand in the suburbs. I think you’re even starting to see employment and office space start to absorb reasonably well in some of the suburban markets.”

Naughton says supply has shifted in response to the demand. “If you look just within our market footprint, projected supply over the next couple of years significantly outweighs what we’re seeing and what we expect to see in the suburbs [versus] the urban submarkets,” he notes.

Moreover, Naughton says AvalonBay Communities has seen better development values in the suburbs over the past 12 months to 18 months since capital has “really been chasing” urban opportunities.

Next Part 6: Investing in Multifamily