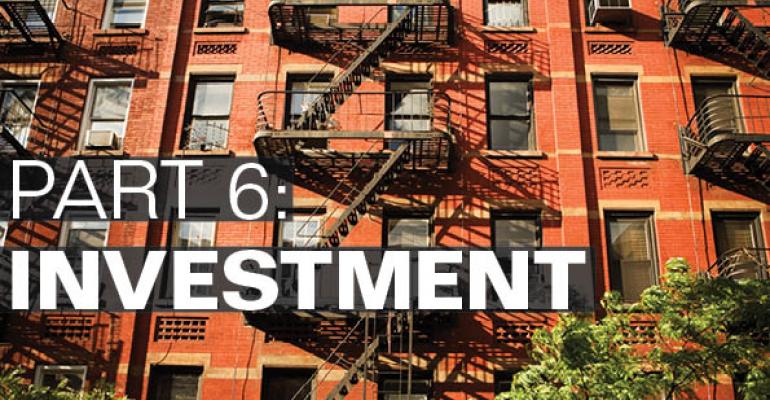 Fifty-five percent of respondents say they plan to acquire multifamily assets in the next 12 months. Of the main real estate sectors, apartments are the most attractive from an investment standpoint. On a scale of one to 10, the multifamily sector scored a 7.96, followed by industrial at 6.6 percent. Office is the least attractive sector, according to respondents.

“I rank apartments a 10,” Neyland says. “I’ve been in the apartment business for 35 years, and we’re entering an era where apartments are even more attractive. Year ago, people viewed apartments as the housing of necessity rather than choice. But renters are now picking them as a choice. It’s a lifestyle choice that is driving demand, and compared to other sectors, apartments are much more desirable.” 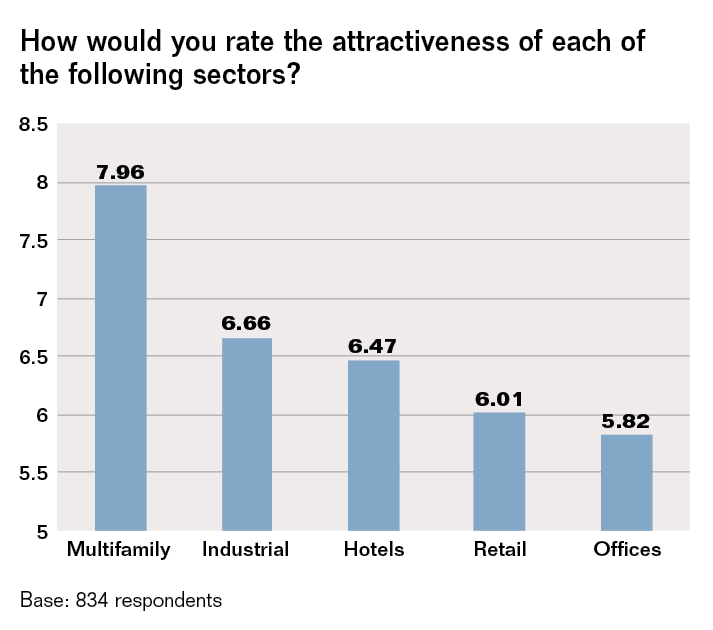 The majority of respondents—58.6 percent—a expect cap rates to increase over the next 12 months, while 22.4 percent of respondents expect no change in cap rates. Five out of 10 respondents think the increase will be 50 basis points or less.

“There’s an expectation that if interest rates go up, cap rates will go up too,” Ryan explains. “But in general, I think the consensus is that they’re going to be pretty steady, and if they do go up, it won’t be anything drastic.”

Neyland doubts cap rates will shift at all. “Even if interest rates move, investor demand is going to keep pressure on cap rates.”