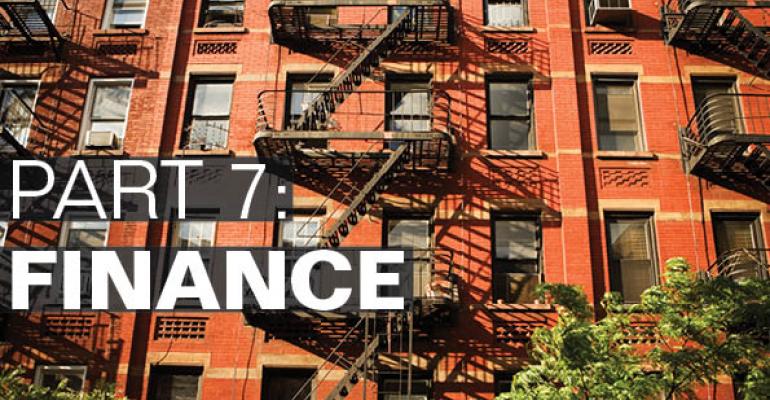 Commercial bank and savings institutions were the leading investor group for whom loans were originated in 2013, responsible for $100.5 billion of the total. CMBS issuers saw the second highest volume, $79.8 billion, and were followed by life insurance companies and pension funds; Fannie Mae; REITS, mortgage REITS and investment funds and Freddie Mac.

“There’s money out there for the right properties,” Ryan says. “Banks have solved a lot of their problems, and insurance companies are lending again.”

Ryan says mortgage debt is more widely available, as is construction financing. “But I wouldn’t say it’s easy to get,” he adds. “They’re not lending to people who don’t know what they’re doing. Lenders are still requiring developers to provide personal guarantees on construction loans.”