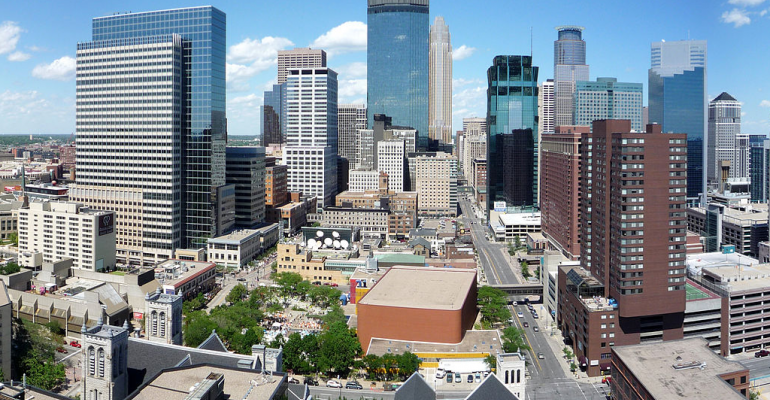 Experts point to areas like California’s Inland Empire and Midwestern cities including Minneapolis.

For years now, experts have worried that the apartment market may finally become overbuilt.

As developers plan to build even more new units, they search for markets and product types that have not been over-saturated. Experts point to areas like California’s Inland Empire and Midwestern cities including Minneapolis—far away from the core markets that have seen much of the new construction in recent years. Developers are also looking seriously at more niche product types in top cities, including larger apartments and townhouse developments.

“Developers are thinking much more strategically about how to differentiate the product because of the competition,” says Kimberly Byrum. principal for Meyers Research LL, a housing industry consulting practice based in Dallas.

So far, developers have built relatively few apartments in California’s Inland Empire, including the towns of Riverside and San Bernardino, for example.

“The environment there is so suburban in character… The fact that so much development capital has chased urban core deals in this cycle has kept the Inland Empire under the radar,” says Greg Willett, chief economist for RealPage, a provider of property management solutions and software based in Richardson, Texas.

Developers have opened about 2,000 new apartments a year in the market over the past few years. That’s only a third of the number of new apartments that developers opened during the peak years of other construction cycles.

With the local economy expanding at a healthy clip, demand has been strong enough to keep occupancy at 96 percent or higher. Annual rent growth registers in the range of 4 percent to 5 percent, according to RealPage. But construction is still relatively low, in part because even with those big rent hikes, rents in some submarkets are still too low to support new construction, according to Willett.

Building in an area that has seen little new construction also brings its own challenges. Comparable apartments can be hard to find to show the demand for new buildings. “You’re going to use the same 15 comps across the whole Inland Empire,” says Byrum.

Developers hunt in the Midwest

Developers may also find opportunities in several cities in the Midwest and the Rust Belt, since they have so far built fewer new apartments in “flyover country.”

“Minneapolis-St. Paul is probably most promising in this part of the country,” says Willett.

Developers have opened about 5,000 new apartments per year in Minneapolis in recent years, just a little more than the historic average, according to RealPage. “It’s not a lot of new supply for a place that has created roughly 300,000 jobs in this economic cycle, with many of those jobs coming in high-paying industries,” says Willett.

Also, many of those new apartments in Minneapolis have been concentrated downtown. Developers have neglected the metro areas’ more suburban areas. “Some of the Minneapolis suburbs appear to really need more housing,” says Willett. In particular, there could be development opportunities along the metro’s planned light rail line expansion toward the southwestern suburbs.

Different product types are also helping developers find success in Minneapolis at developments like Greystar’s The Lakes Residences in Minneapolis. “They differentiate the product -- those units are outperforming the market,” says Byrum.

The one-bedroom and two-bedroom bedroom apartments at the property have substantially more square feet of space than is usual for the market--and they have also leased up more quickly.

Developers can find opportunities even in the top apartment markets that have already received the most new construction. About half of the new apartments than have opened in this real estate cycle are located in the 15 most active metros of development. However, many of those new apartments are targeted toward renters that fit a certain profile, leaving out other potential tenants.

“There can be niche opportunities in those zones,” says Willett.

For example, townhome-style product can work in fast-growing suburbs where most of the communities under construction are higher-density mid-rise and high-rise offerings. Also, sometimes unit size categories are under-served, particularly when it comes to larger units that would be suitable for downsizing empty nesters.

Also, a few top markets like Seattle have strong demand drivers that make them worth looking at for new development, even though there are already multiple projects in the works there. “These places have strong employment growth and new migration increases,” says Doug Ressler, director of business intelligence for data firm Yardi Matrix, based in Scottsdale, Ariz.