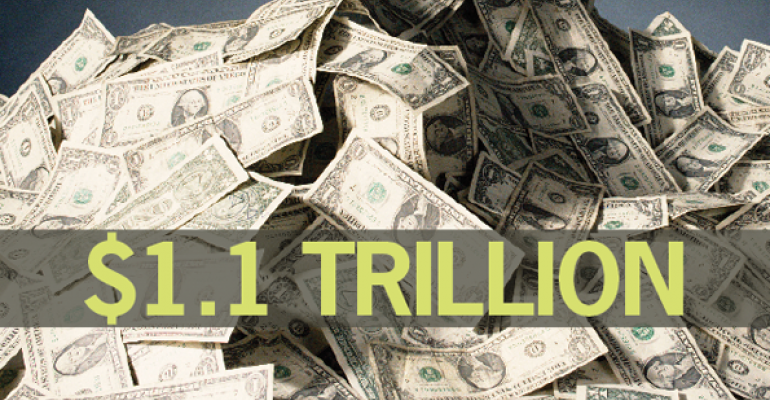 Despite the worst economy in a generation, apartments and their residents contributed $1.1 trillion to the national economy in 2011 and supported 25.4 million jobs, demonstrating that even in a severe economic downturn, apartments’ contributions are substantial and lasting.

I recently completed research to quantify the important economic contributions of apartments, defined as buildings with five or more rental units. The results are featured in “The Trillion Dollar Apartment Industry,” published by the National Apartment Association (NAA) and the National Multi Housing Council (NMHC).

The annual spending on new apartment construction and existing apartment operations are major engines of economic activity, jobs and personal earnings. In addition, the residents of apartment buildings constitute an important source of local, state and national economic activity as their spending for goods and services is recycled through the economy. Like the operating outlays for apartment buildings, the spending by renters recurs annually thereby supporting local economies on an ongoing basis. And given the growing number of renter households, that contribution is only set to rise in the future.

As construction rebounds and the number of Americans demanding apartments continues to grow, many states and metro areas will experience significant economic benefits from expanding markets for apartments. As a result, policymakers, community leaders and other industry stakeholders must educate themselves and their peers on the value of the apartment industry to their localities. To undervalue the contributions of the people who build, work and live in apartments is to ignore the opportunity for significant growth that will fuel their future economic growth.

To demonstrate the significant economic contribution of apartment communities by state, NAA and NMHC have used the data included in the report as the basis for ACE, the Apartment Community Estimator, an interactive economic impact calculator, which is available on the new website www.WeAreApartments.org. This new, user-friendly calculator tool tallies the economic impact of a new apartment development or an existing community based on the number of units and the state in which it is located. This information shows how apartment communities boost local economic activity from construction and ongoing operation to apartment resident spending.

In addition to the report and economic calculator, the new website also breaks down the data by each state and the 12 metro areas through an interactive map.

For more information, to download the report “The Trillion Dollar Apartment Industry” and access the interactive map and calculator, visit www.WeAreApartments.org.