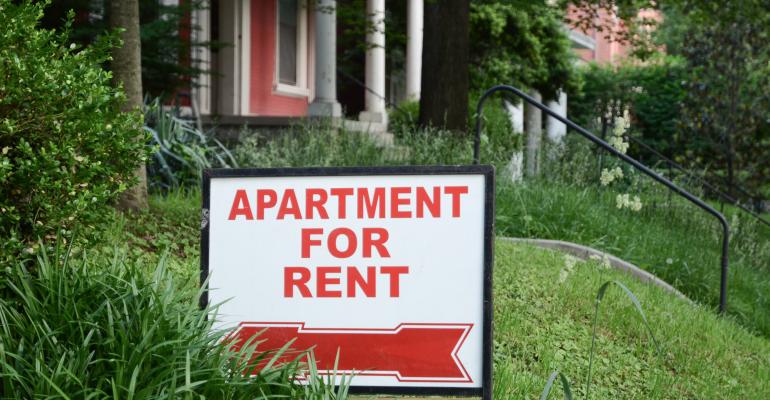 Apartment landlords can no longer raise rents like they used to. So many new apartment units are opening that the percentage that vacancy is inching higher across the country.

Strong demand for apartments has helped limit the damage from new supply. Apartment rents are likely to keep growing on average through 2019, even though rents are not growing nearly as much as they used to.

"Short of a recession—which not even the Federal Reserve’s Comprehensive Capital Analysis and Review projections are expecting any time this year—apartment fundamentals will likely weather this storm," says Calanog.

Robust demand absorbed more than 200,000 apartments over the year that ended in the first quarter of 2018, just as it has for the last 17 consecutive quarters in the core 150 markets followed by data firm RealPage, Inc., based in Richardson, Texas.

Over the last nine years, strong demand has led to the absorption of more than 2.1 million apartments, more than the 1.8 million new apartment units developers built over the same period.

Demand remains strong, but the number of new apartments opening has been trending higher than the number of apartments absorbed. Developers are expected to open a little more than 300,000 new units a year through 2019, matching the current high level of production, according to RealPage.

All the new development is putting stress on the apartment sector. "Vacancies have been rising since late 2016 as a veritable avalanche of new supply (a record high for some areas) works as a counterbalancing force," says Calanog.

The overall market is still relatively healthy, despite the new supply. Of the apartments in the U.S., 95 percent were occupied at the end of first quarter in 2018. That’s equal to the occupancy rate the year before and down just 10 basis points from the quarter before, thanks to a particularly strong performance in the month of March, according to research firm MPF.

High occupancy rates are helping keep apartment rents high and rising. “Rent growth—while below the cycle’s peaks—has outperformed many investors’ expectations,” says Willett. Same-property rents for new leases climbed 2.6 percent in first quarter compared to the year before. That’s about the same as the rate of rent growth has been over the last four quarters, according to RealPage.

Demand is likely to continue to be strong, though not quite enough to fill all of the new units coming on-line. “We don’t expect demand will quite keep pace with supply, but the gap will be narrow enough to maintain healthy fundamentals,” says Willett.

Apartment occupancy rate is likely to drop to the mid-94 percent range, according to RealPage’s forecast through 2019. That’s down slightly from 95 percent in the fourth quarter of 2017. It’s also a relatively healthy level.

Rents should grow by more than 2.0 percent per year on average over this period. “Class-A and urban portfolios are expected to perform materially softer, while suburban and class-B appears positioned to thrive,” says Willett.

Developers have generally opened the largest number of new apartments in the markets that have also had the strongest demand for new apartments. "Charlotte, Nashville, Austin and Salt Lake City led the pack – all recording growth of more than 30 percent in their occupied unit count," says Willett.