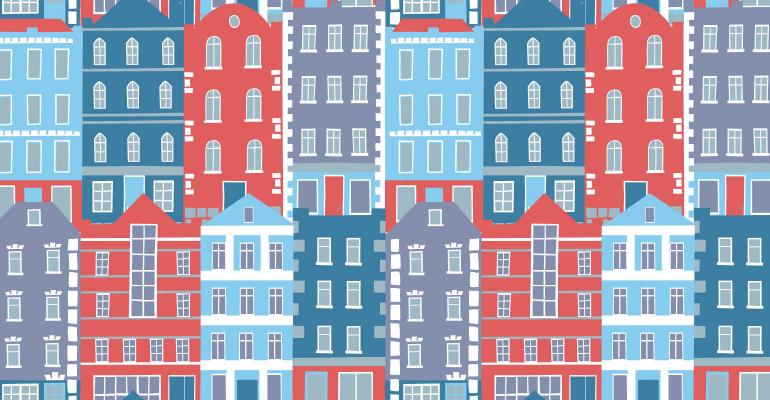 Experts warned that hundreds of thousands of new apartments would open in 2016 and drive up the vacancy in the sector. But for most of this year, average vacancy rates stayed low.

“The market has proved to be incredibly resilient,” says John Sebree, first vice president and national director of the national multi housing group at brokerage firm Marcus & Millichap “The apartment business is far more positive and far stronger than we expected to be at the beginning of 2016.”

Strong demand partly helped fill many new units. Also, construction delays held up a significant number of apartment projects, which will now open next year. Vacancy rates are still anticipated to rise in 2017, when even more new apartments will open than in 2016. However, experts now expect the U.S. vacancy rate to stay at or below 5.0 percent.

“With job growth numbers remaining steady, there is not a perception that we are going off a cliff,” says Sebree.

“While vacancy rates have climbed a bit, they are lower than we had expected at this point,” says Barbara Denham, an economist for Reis. That’s partly because developers slowed the number of new apartments completed in 2016. In addition, net absorption was stronger than Reis expected, especially in certain markets, including Washington, D.C.

“The vacancy rate should move up a bit, especially [for] class-A units in urban core settings, where so much of the completions will occur,” says Greg Willett, chief economist for MPF, a division of RealPage Inc. RealPage projects that vacancy, registering at 3.5 percent as of the third quarter and anticipated to be near 3.9 percent by the end of 2016, will rise about 70 basis points in 2017.

Once again, at least some of these apartments are likely to be delayed. “Given the construction delays seen throughout this cycle, all of those projects targeted to wrap up in 2017 won’t actually make it across the finish line,” says MPF’s Willett. “In both 2015 and 2016, actual completions ended up falling 10 percent to 15 percent short.”

These lenders are asking developers to contribute more equity to their projects and are also applying more conservative underwriting standards.

The overall vacancy figures cover up a sharp divide in performance between luxury apartments and less expensive units. Since 2013, the percentage of vacant class-A apartments has increased to more than 5.0 percent national, from approximately 4.0 percent. But the vacancy rate for cheaper class-C apartments has improved to less than 5.0 percent, down from over 7.0 percent in 2013, according to Marcus & Millichap.

“Many properties that have historically experienced much lower occupancies are doing much better,” says Sebree. “Many of those Class-C owners are seeing much less turnover and the quality of the tenants moving in is better. Their credits scores and average income levels are higher.”