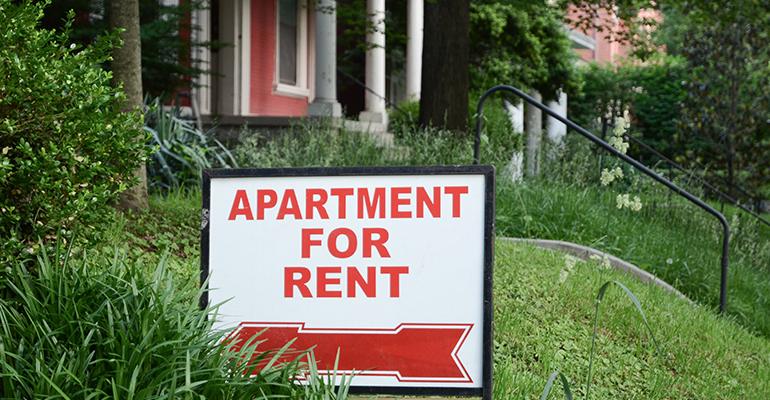 Overall, the percentage of vacant apartments continues to wobble in the 4.0 percent range.

Construction cranes crowd the skies over cities like New York and Los Angeles, as apartment developers build as many new units as they can. But strong demand for apartments continues to fill most new properties.

“New apartment construction has been robust across the U.S., yet occupancy growth has moved in step with supply growth,” says Barbara Byrne Denham, senior economist with research firm Reis Inc. “Construction is expected to be higher this year, but thus far, absorption has kept pace.”

Overall, the percentage of vacant apartments continues to wobble in the 4.0 percent range. By the end of 2017, it is likely to reach 4.3 percent, up from 4.0 percent at the end of 2016. That’s still significantly below the average 5.5 percent vacancy rate at the end of 2013, according to data from brokerage firm Marcus & Millichap.

This spring and summer, more new apartments are likely to hit the market, and a strengthened economy is likely to absorb them. “Favorable demographics and some solid job additions early in 2017 point to robust demand as we move into prime leasing season,” says Greg Willett, chief economist for MPF Research, a division of Real Page. The pace of completions is about to accelerate to around 100,000 units per quarter.

The biggest risk to the apartment sector continues to be the possibility of a general slowdown in job growth. “Some economists now are calling for mild recession to begin in the next year or two,” says Willett. “The impact of any disruption in demand would be amplified when ongoing construction is aggressive.”

Competition from new apartment developments is also likely to decrease in 2018 and beyond. That’s because developers are having more difficulty finding the money to build new projects with lenders less willing to make construction loans. “The number of new units delivered will likely decrease some [in] 2018 and 2019 because lenders have pulled back,” says Sebree.

Class-A apartments hurting the most

The higher-end apartment properties and certain geographic markets are more threatened by competition from new construction, but even that threat is not that high. “There are 10 cities that represent 50 percent of those new units under construction,” says Sebree. “They may have higher vacancy rates, but nothing to worry about. New York City is certainly not struggling.”

Overall, the vacancy rate for class-A apartments is likely to rise to 5.1 percent by the end of 2017, up from 4.7 percent in 2013. That will be still be relatively healthy, but much higher than the vacancy rates for class-B and class-C apartments, which will end the year at about 4.0 percent.

Rent growth has slowed considerably, however, especially in high-priced markets. New York rents declined both in the first quarter and over the last 12 months. San Francisco also shows a decline for the year. “We expect the overall national average rent to increase through the rest of the year at a steady, but low rate,” says Denham.

If job growth slows, the more expensive markets would be hurt more deeply. “Slowing job growth in some tech-heavy economies like the Bay Area, Austin and Portland already is draining momentum from the apartment sector’s performance,” says Willett.