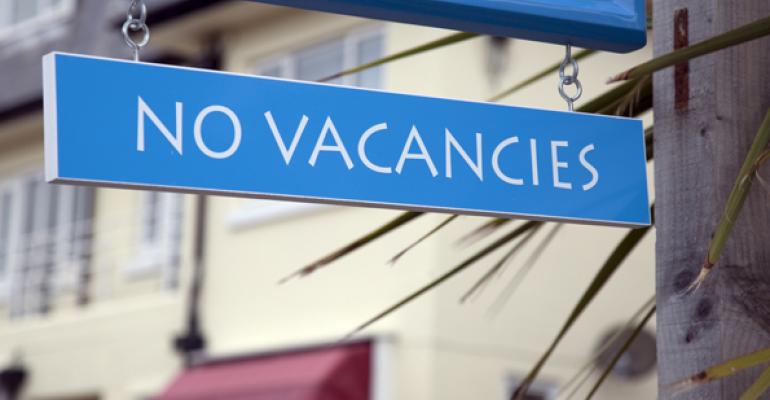 Vacancy rates for rental apartments remain low in the top six U.S. markets, despite an influx of new development.

The strongest four markets in the country—New York, San Francisco, Los Angeles and Boston—seem almost impervious to shifts in new supply. Vacancy rates are still very low overall, though certain neighborhoods arguably have too many new super-luxury apartments all leasing at the same time. Seattle and Washington, D.C. also have strong demand for apartments that has kept up with a flood of new units so far.

In fact, new construction can make these core markets seem even more attractive, according to at least one source. “More residents in urban areas [do] create a virtuous cycle: amenities improve to serve the affluent newcomers, which in turn attracts more affluent newcomers,” says John Affleck, a research strategist with the CoStar Group.

Despite this, the percentage of vacant apartments remains stubbornly low: in five of the six markets, the vacancy rate ranges from 2.0 percent to 3.0 percent. In Washington, D.C., the vacancy rate has risen to 4.0 percent, according to RealPage.

“These areas have chronic housing shortages, so there’s certainly no overbuilding in the sense that vacancies have emerged in previously stabilized product,” says Willett.

Despite low vacancy rates, property managers have cut down rents in San Francisco and New York in 2016, although rents began to grow again in San Francisco in 2017. Many apartment managers now regularly offer concessions of one or more months of free rent to attract renters to new luxury towers in New York—a once unheard-of practice in the city.

This slight decline in average rents is unlikely to last, however. “The biggest factor in the price cuts seen in San Francisco and New York actually was overreaction,” says Willett. Property managers seem to have responded to the fear of overbuilding, rather than actual competition that would cause vacancy rates to rise for older, stabilized apartment properties. “Brand new properties should have virtually no impact on pricing power for bread-and-butter product,” says Willett. “The huge rent difference between those product types means they aren’t competing in the same pool of renter prospects at all.”

In Boston and Los Angeles, individual neighborhoods can be momentarily overwhelmed with an influx of new rentals, but not for long and not for the market overall. “The overall housing shortages are too severe for brief mismatches in supply and demand to do any real overall market damage,” says Willett.

Some risk for Seattle and Washington, D.C.

Seattle and Washington, D.C. have a somewhat riskier profile for apartment investors. In Seattle, developers have built thousands of new apartments at the same time as the local economy created a large number of new jobs and new households. “If Seattle’s economic performance were to just return to normal, the apartment construction pace suddenly would be very aggressive,” says Willett. “The market definitely would feel a correction in that scenario.”

Washington, D.C. has more serious problems—rents are still growing in the nation’s capital, but not as quickly as is historically normal. That is in keeping with the higher vacancy rate for D.C. apartments.

“Washington, D.C. is a place where building volumes just aren’t going to go back to the lower levels seen historically,” says Willett. “It’s probably no longer realistic to expect a rent growth premium relative to the U.S. average.”

The phantom menace of homeownership

The biggest risk all these markets face is the possible return of for-sale housing on a larger scale. “A lot of residents who would have bought a home or a condo in prior cycles are renting today,” says CoStar’s Affleck.

If developers started to build entry-level condos in the $400,000 to $600,000 range, demand for high-end apartment product would fall sharply. However, even competition from for-sale housing would still leave strong demand for less-expensive, class-B apartments, and that would keep vacancy rates relatively low overall in the strongest markets.

“Demand for workforce housing is much more resilient, as even entry-level homeownership is out of the reach of middle- and lower-income households today,” says Affleck.