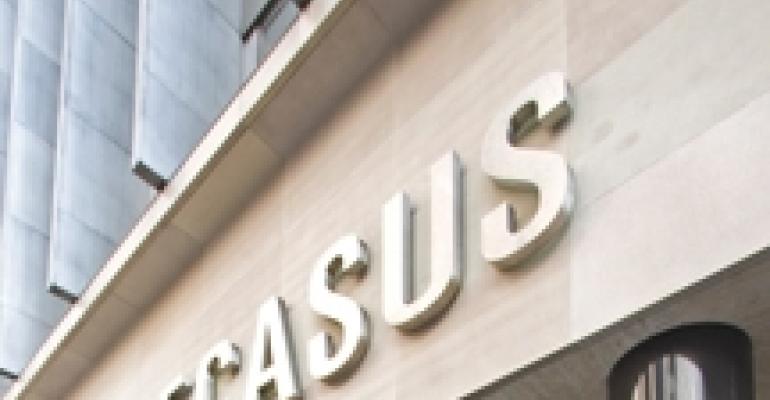 In one of the largest multifamily deals in the history of downtown Los Angeles, Equity Residential, a Chicago-based multifamily real estate investment trust (REIT), has acquired the 322-unit Pegasus, a luxury apartment building, for $100 million, or approximately $310,000 per unit.

The sellers were Buchanan Street Partners and The Kor Group, both located in greater Los Angeles.

The price tag reflects the competitive environment that exists for high-quality properties in well-located urban areas, according to Marc Renard, executive managing director with brokerage firm Cushman & Wakefield, which negotiated the deal.

“For Equity Residential to deploy such significant capital is a tremendous endorsement of downtown Los Angeles,” stated Renard in a press release.

Located at 612 S. Flower Street, between Wilshire Boulevard and West 6th St., the property is near the exclusive California Club and Standard Hotel and in one of the most desirable neighborhoods in downtown Los Angeles. Amenities include a rooftop pool and sundeck, fitness center and business center. Rents average $1,800 per month.

One of the first adaptive reuse projects in downtown Los Angeles, The Pegasus includes the Daily Grill and Café Primo in its 12,500 sq. ft. ground floor retail space. The Kor Group purchased the 13-story former General Petroleum Headquarters Building in 2001 and converted the building to luxury apartments a few years later.

The building was originally built in 1949 as the corporate headquarters for Mobil Oil, providing the inspiration for the Pegasus name. (The Mobil symbol is a winged red horse, Pegasus.) The Kor Group purchased the 13-story building in 2001 and converted the space to luxury apartments.

In a major recapitalization of the apartment tower in 2008, Buchanan Street Partners committed $21.6 million in equity as part of a joint venture with The Kor Group for the acquisition and renovation of the Pegasus. The upgrade enabled the property to more effectively compete with other luxury apartments in the area.

“With the completion of the strategic upgrades and repositioning of Pegasus, we successfully executed on our value enhancement investment strategy and are very pleased with the outcome,” said Kimberly Stevenson, vice president of Buchanan Street Partners.