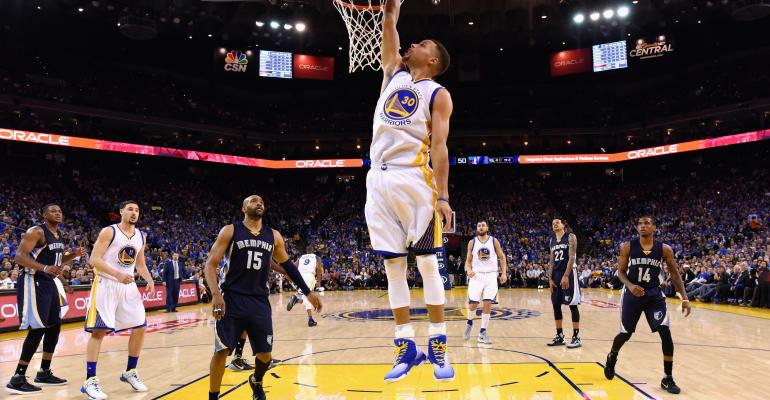 Finding a Connection between the NBA and Apartment Rents

As analysts of real estate, we like to consider every variable when seeking to understand what drives rent growth. In looking at metro trends over the last two years, we noted that one metro that saw one of the sharpest apartment rent growth rates in 2015 was Oakland, Calif. As avid basketball fans, we wondered if the storied Golden State Warriors’ championship season last year may have had an impact. After all, rents in Oakland climbed 9.0 percent after rising 7.0 percent in 2014. Could there be an impact of NBA success on rent growth in the area? Specifically, could there be a NBA championship effect on rent growth? As it turns out, finding an answer to this question is not as simple as it may seem.

After analyzing data of metros that have had their team win an NBA Championship, it became apparent that the results were conflicting. Some metros experienced positive and accelerating growth, while others experienced negative and decelerating growth. It then became clear to us that since 1979 (when we began collecting data), San Antonio, home of the Spurs, is the only metro that is not also the home to another major sports franchise (MLB, NHL, or NFL) to have had its basketball team win the NBA championship. What does the data about San Antonio say about an NBA championship effect?

San Antonio has won the NBA Championship five times (in 1999, 2003, 2005, 2007 and 2014). While rent growth was positive in all of those years, rents accelerated during only two of them. Rent growth decelerated in 2014 to 2.8 percent from 3.5 percent growth in 2013. It also decelerated at a similar pace in 2003. So what does that mean? To put it simply, it doesn’t mean much, as it would probably be overzealous to say that there is an NBA Championship effect in NBA metros that have no other major sports teams based on San Antonio data alone.

Now is when we get to the good stuff. After concluding that it was impossible to determine if there was an NBA Championship effect based on the data we have, we decided to take a different angle on a potential NBA effect on metros. We chose to examine the impacts of relocating an NBA team to a metro without any other major sports teams. Luckily, the three most recent teams to relocate all happened to move to metros previously devoid of major sports teams: the Memphis Grizzlies, Oklahoma City Thunder and Brooklyn Nets. Examining these metros finally led to some exciting results. In these metros during the year before and year of the relocation there was positive rent growth for each, including accelerating rent growth in Memphis the year the Grizzlies moved to town and accelerating rent growth in the year following the Nets move to Brooklyn. Below is a table which shows the rent growth rate during the year before, of and after relocation.

Of course there are far more drivers of rent growth that appeal to tenants, and a new basketball team is just one amenity as are many other cultural factors, such as new theaters, museums and arts centers that emerge in a city as the population grows. This exercise—showing correlation between basketball teams’ arrival to a city or a championship season and rent growth was worthy of doing, but as any economist will note: correlation does not mean causation. A true study of what city amenities generate the most “bang for the buck” requires far more years of data, more metros and more cultural amenity considerations. In fact, rent growth has decelerated somewhat in Oakland in 2016—is this due to their loss to Cleveland? Of course not. San Francisco’s rents have decelerated as well, after climbing 10.6 percent in 2015! Oakland’s rents are far more closely tied to San Francisco’s rents and general economic climate than to the Warriors’ wins and losses.

Still, heading into the next basketball season, it was interesting to look at rent growth for this subset of metros to see how rents changed with the success of their basketball team. Perhaps we can revisit this study in the future with the next championship teams.