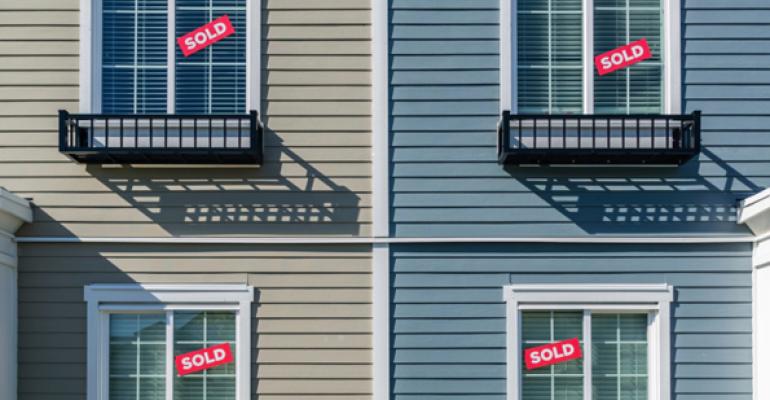 International investors keep buying apartment properties in the U.S.—but their activity this year may only barely beat the record set in 2015.

International investors still have great reasons to put their money into real estate in the U.S., as the economy here continues to outperform the rest of the world. “In an environment that is regarded both as the safest and most secure in the world, with a strong currency and the best opportunity for capital appreciation, the U.S. is the safest harbor,” says James A. Fetgatter, chief executive of Association of Foreign Investors in Real Estate (AFIRE).

However, no one has an unlimited amount of cash to invest. “There is not as much excess wealth to invest as in the prior five years,” says Costello.

A strong year so far

“Apartment investment is still up, but the volume of investment by internationals is not growing very fast,” says Costello. “It’s up, but not as much as this time last year, when we had double digit growth.”

Commercial properties in the U.S. are still a strong investment, because of the strength of the U.S. economy compared to practically everywhere else and the relatively dependable income from these properties. However, the amount of cash foreign investors have to spend is not unlimited.

International investors have also been left without a source of financing in CMBS. Volatile bond markets have made CMBS loans more expensive. In the first half of 2016, only 0.79 percent of international investments in apartment assets were financed with CMBS loans, down from 3.5 percent in 2015 and more than a third—35.0 percent—in 2013.

International investors were expected to put more money into U.S. real estate overall in 2016, not less—64 percent said they expected to have modest or major increases in their investment in U.S. real estate this year. Another 31 percent said they expected to maintain or reinvest their current investments. “No one plans a major decrease,” according to the 24th annual survey of the members of the AFIRE, which was released at the beginning of the year.

“The real estate fundamentals are sound; the economy continues to remain strong; there are opportunities across all sectors of the real estate spectrum and in both gateway and secondary cities,” says Fetgatter. Congress also recently gave some foreign investors relief on the high taxes they pay on investment in U.S. real estate.

Overall, international investors supposedly prefer to put their money in large, trophy assets in gateway cities. But the numbers tell a different story when foreign buyers go after apartment properties. International investors spent $3.3 billion on apartment properties in non-major metros in the first half of 2016, about twice the amount they spent in major metros. Last year, the investment volume was split evenly between major and non-major metros.