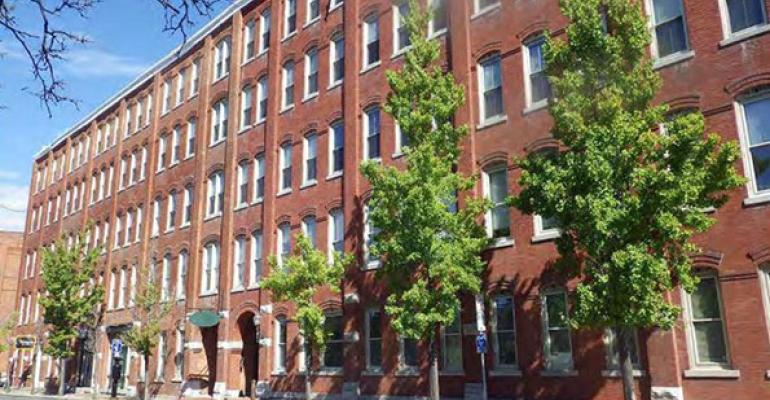 The Wests’ loan was the first closed by Arbor in the new program, which has only closed a handful of loans since it began in October. Many more loans are in the process of moving towards closing, as lenders get used to the program’s processes. “It’s the ramp-up period,” says Nashwa Moussa, senior director for Freddie Mac Multifamily. “We are educating borrowers and brokers in the new program.”

The program offers a streamlined 60-to-120-day interest rate lock process and a simplified underwriting process, including abbreviated third-party reports. “Sixty days is what we are striving to get to,” says Moussa.

There are now nearly 100 loans totaling $200 million in the pipeline for the program, in all stages of the process from application to rate-lock. The average loan is $2 million to $2.5 million in size. The properties are typically have 30 to 40 apartments and are located largely on the East Coast and West Coast, with a smattering in the middle of the country.

Loan terms range from five years to 10 years, although the five-year loans have been most popular with borrowers so far. For example, the Wests took out a five-year, fixed-rate loan for Nettleson Commons, their 61-unit apartment property in Syracuse, N.Y. “We believe we received the best financing available in the market at the terms we desired, including the non-recourse provision, which is difficult to obtain with such a low rate,” says Steven West.

These small-balance loans of $1 million to $5 million will cover up to 80 percent of the value of an apartment property. Freddie Mac offers both hybrid adjustable-rate mortgages and fixed-rate loans permanent loans with a balloon payment at the end of the loan term.

The debt service ratio for loans in the program should be at least 1.25x in most markets, though in top markets Freddie Mac will accept ratios as low as 1.20x. The program also offers borrowers partial or full-term interest-only loans, in which the borrower makes relatively small payments that only cover the interest on the loan.

Freddie Mac provides a stable source of financing, which is not likely to disappear suddenly in a future financial crisis. Fannie Mac and Freddie Mae lenders continued to make loans throughout the last market upheaval.

Freddie Mac plans to expand its program as more lenders sign on to participate. “I am getting many, many calls from banks and lending institutions that want to participate,” says Moussa. “The interest is substantial.”