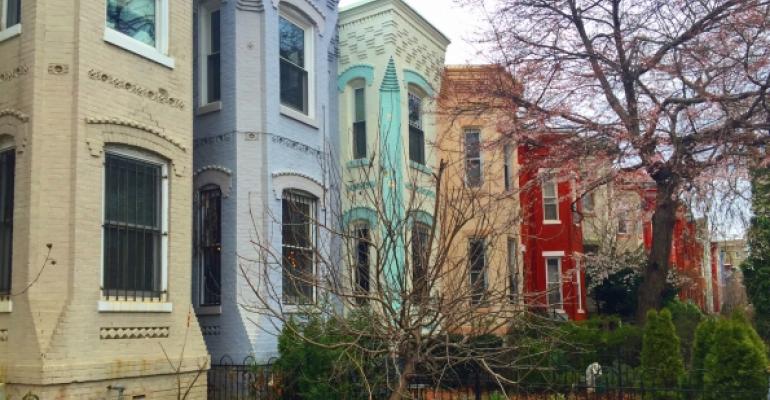 Has the Apartment Market Hit the Inflection Point?

For the last few years, the multifamily asset class has been the top performer of all property types, delivering a per-unit revenue (market rent x occupancy) growth rate of 4.8 percent in 2015. Some markets clearly outperformed others. These included Portland, Ore., San Francisco, Oakland, Calif. and Sacramento, Calif., all of which saw per-unit revenue growth rates above 7.5 percent last year.

But there is much concern that developers have been adding too much inventory, flooding some markets with new supply. This will inevitably raise vacancy rates and exert downward pressure on rent growth.

In fact, new supply has exceeded demand for eight of the last nine quarters. This trend was most pronounced in the last quarter of 2015, when excess supply measured 13,559 units total for the 82 markets Reis tracks. This marked an increase of nearly 10,000 units above the excess supply for the seven prior quarters. Although the vacancy rate only increased to 4.4 percent in two quarters, the deceleration in rent growth was more noteworthy. The average rent increased by only 0.9 percent for the quarter, down from an average growth rate of 1.1 percent for the prior seven quarters.

The impact of added supply exceeding net absorption was felt more in central business district (CBD) markets than in the suburbs. This is no surprise given that CBD sub-markets outperformed suburban markets over the last few years as Millennials moved to these areas in droves. Developers eagerly built new high-rises in these areas, but they also built plenty of suburban apartment buildings as well. Still, the oversupply of units has pushed the vacancy rate of CBD sub-markets from a low of 4.4 percent to a high of 6.3 percent in the fourth quarter of 2015. The suburban vacancy rate has stayed flat over the last two years.

To be clear, Reis defines “suburban” more as non-CBD than non-urban. For example, in New York City, the outer boroughs and Upper Manhattan are labeled “suburban” to differentiate them from the more high-priced neighborhoods in Manhattan. This Reis CBD/suburban distinction is driven more by the rent differential than by geography.

The CBD/suburban rent differential which had widened over the last five years stabilized in the fourth quarter of 2015 and first quarter of 2016, as both growth rates declined to below 1.0 percent for both periods as shown in the above chart.

Net absorption is expected to continue to decelerate over the next few quarters as those who have extended their leases beyond the typical period finally start to buy homes. At the same time, supply growth should stay strong. While rent growth will disappoint compared to recent years, it should remain positive. A vacancy rate of 6.3 percent seems high relative to the recent past, but it is still in line with the U.S. historic average of 6.0 percent from 2001 through 2010.

Moreover, a number of markets have defied the statistics, such as D.C. where supply growth has been robust, but net absorption soared by 23.0 percent in 2015. Perhaps the preference for apartment over housing in some metros will stay the same. Or maybe more developers will convert their buildings to condominiums.

All of these trends bear watching as each new quarter of data rolls in.