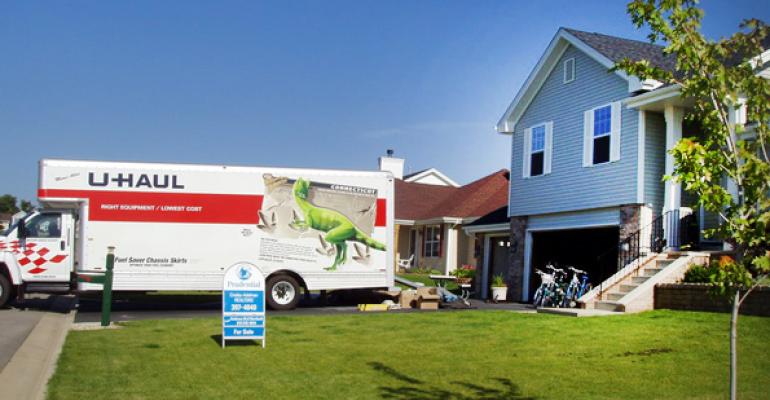 Millennials, often burdened with student loan debt and at the early stages of their careers, often choose to rent over buying. But now that Bank of America has launched a program with Freddie Mac to issue new mortgages for low- and middle-income earners, could the homeownership program help reverse the Millennial rental trend—and eat into multifamily profits?

First, let’s take a quick look at what exactly the mortgage program does.

A highlight of the program is that it allows borrowers to make down payments of as little as 3.0 percent on the purchase of a primary single-family residence. In addition to the low money down, the program paves the way for lower income borrowers to become homeowners by making the loans cheaper than those from the Federal Housing Administration (FHA), since the borrowers don’t have to take out private mortgage insurance. (The non-profit Self-Help Ventures Fund will be providing insurance, as well as loan counseling.)

The borrowers must have earnings that fall in the bottom half of their area’s income level and have a credit score of at least 660 (though alternative forms of credit like daycare expenses and rental history will be considered).

“There is a need in today’s marketplace for more responsible mortgage products that enable creditworthy homebuyers, who meet certain income limits and other requirements, to become homeowners at an affordable entry point with comprehensive counseling,” said Bank of America consumer lending executive D. Steve Boland.

If the program is a success and homeownership does go up, it would reverse a nationwide trend of decreasing homeownership rates since the recession, especially for those under 45.

Nationally, the homeownership rate hit 63.8 percent in the fourth quarter of 2015, a dip of 3.4 percentage points when compared with the same period in 2009, according to the U.S. Census Bureau. The homeownership rates of Americans aged 35 to 44 saw almost double that drop, though nearly 60.0 percent of adults in that age category do own homes.

While a reversal of the homeownership plunge might sound like good news for some, it raises the question of whether moving toward increased homeownership could hurt multifamily players, including by cannibalizing the multifamily lending segments of Bank of America’s and Freddie Mac’s businesses.

It’s easy to think of the housing market as a seesaw, with homeownership and multifamily on either end, as the two primary means through which adults can access living space. Under this paradigm, if one end of the housing seesaw goes up—in this case, the homeownership side—the other can be expected to come down.

But there are several factors indicating that under the current economic circumstances, a seesaw is not the most apt metaphor. There is room for growth in both multifamily and homeownership, due to issues of supply as well as demand.

Housing supply is growing because of increased construction. On the residential side, the number of single-family housing starts increased 37.0 percent between February 2015 and February 2016, according to the Census Bureau.

Of course, more supply isn’t always better, and some caution is advisable. “As more supply enters the market in 2016, multifamily fundamentals will moderate, more so in some geographic markets than others,” Freddie Mac said in its 2016 multifamily outlook.

Apartment research firm Axiometrics said rent growth is already moderating in the first quarter of 2016, with annual effective rent growth reaching 4.1 percent in that period, down from 5.0 percent the year before. But first quarter growth “still well outperforms the long-term average,” the company said, adding that declines in primary metros like New York and the Bay area are “somewhat offset by robust gains in secondary markets like Sacramento, Orlando and Salt Lake City.”

The increase in supply, however, does not necessarily quench the demand for lower-income housing. Indeed, another reason that a reversal of the Millennial rental trend will not necessarily hurt the multifamily sector as a whole is that the luxury end of the multifamily sector is not competing for the customers who might be suitable for a new Bank of America mortgage.

Instrata at the Ashton Uptown on Cedar Springs Road in Dallas, for which Prudential issued a $300 million loan last year, is one such upmarket apartment complex. Others include Venn on Market in San Francisco, which was secured by a $54 million loan in 2014, and 1 North 4th Place on the Williamsburg waterfront in Brooklyn, which was financed by a $184.5 million loan that also included parcels of land in Brooklyn, according to CrediFi data. The San Francisco and Brooklyn residences were both financed by insurance companies and are part of the portfolio of AIG Global Real Estate, a group of international real estate companies within AIG.

Since multifamily properties like these target high-income tenants, they would not be affected by low- and middle-income buyers switching from renting to owning. In fact, the Joint Center for Housing Studies found that only 10.0 percent of new units had rental levels considered affordable by about half of renters, according to the Freddie Mac multifamily outlook for this year.

On the demand side, the housing market is not limited to renters and buyers, as it might seem at first glance. There are two main categories of adults who don’t fall into either category: Millennials and low-income families.

A Pew Research Center report from July found that, although there are nearly 3 million more young adults today than in 2007, the number of 18- to 34-year-olds living independently of their parents has gone down from 42.7 million before the recession to 42.2 million in the first third of 2015.

Some of those are “doubled up,” which can indicate living with roommates and means they do not head the household, either on their own or with a partner. The proportion of young adults running their own households fell from 42.0 percent in 2007 to 40.0 percent in early 2015, according to the report.

And it’s not just single Millennials. Many low-income families also double up, moving in with extended family or friends to cut housing costs, according to a 2003 National Center for Children in Poverty report. It found that the family-related reason low-income parents most often cited for moving houses was “to form an independent household.”

As the economy continues to improve, more Millennials and lower-income families may move into their own homes, whether purchased or rented. Although it may seem that a program aimed at increasing homeownership could eat into multifamily profits, in the current economic climate there seems to be enough room for both.