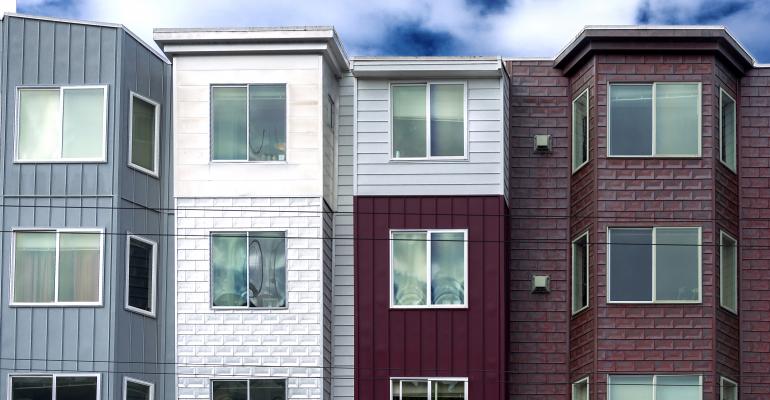 The 2019 outlook for multifamily debt availability will remain positive. Fannie Mae and Freddie Mac are projecting another good year, life companies will remain very active with allocations to at least match 2018, and debt funds will continue to be very competitive, as will banks and CMBS lenders.

2018 saw plenty of liquidity in the multifamily debt market. While life insurance companies, debt funds, banks and, to a lesser extent, commercial mortgage-backed securities (CMBS) have all been very active, Fannie Mae and Freddie Mac remain the most dominant players. Through the third quarter, the two agencies’ combined production was nearly $100 billion. They are on course to either match or potentially exceed their record 2017 production.

Green financing fuels production
While the Federal Housing Financing Agency (FHFA) cap for each agency was $35 billion, well over 50 percent of their combined production was considered uncapped business. The big driver of this has been green financing. Even though FHFA increased the required energy or water consumption savings to 25 percent in 2018, Freddie Mac and Fannie Mae are on pace to match or exceed their combined 2017 green production of $40 billion. As it is much cheaper, on average, to qualify for green financing by installing water retrofits rather than energy retrofits, 85 percent to 90 percent or more of the agency’s green business was done with water consumption savings. Not surprisingly, the average monthly savings to the tenant is significantly greater (more than double) for energy savings retrofits than for water savings retrofits.

FHFA just announced the agency scorecard for 2019. As generally expected, the cap for each agency remained at $35 billion. Also, as widely expected, FHFA has announced changes that Fannie Mae and Freddie Mac will have to adopt for their green programs. These changes both raise the bar and place greater emphasis on energy savings. To qualify, the savings target has been increased to 30 percent. However, at least 15 percent (50 percent of the total) of the savings must come from investments to reduce energy consumption. Clearly, this requirement will increase the cost to the borrower to qualify. However, it will result in greater savings to the tenant, something both FHFA and the agencies were focused on.

Interest rates remain strong
While interest rates have increased during the course of the year, and especially during the third quarter, they still remain rather favorable. The 10-year treasury rose modestly in 2018, and economic data continued to be very strong despite rate hikes by the Fed.

With the Democrats regaining control of the House, the outlook for Treasury yields in 2019 is a little unclear although the likely trend will be for continued increases. All indications are the economy will remain strong, which would allow the Fed to continue on its current course. However, with Democratic control, further major fiscal initiatives may be slowed which could reduce how far and how quickly rates rise. Spreads, however, have been extremely volatile due to a variety of factors including geopolitical uncertainty, tariffs and trade war fears, as well as the sheer supply of mortgage securities trying to be absorbed in the investor community. Agency spreads as of early November were pretty much at their widest point of 2018. Volatility is likely to continue into 2019 with a bias towards further widening.

Notwithstanding the above, the 2019 outlook for multifamily debt availability will remain positive. Fannie Mae and Freddie Mac are projecting another good year, life companies will remain very active with allocations to at least match 2018, and debt funds will continue to be very competitive, as will banks and CMBS lenders.