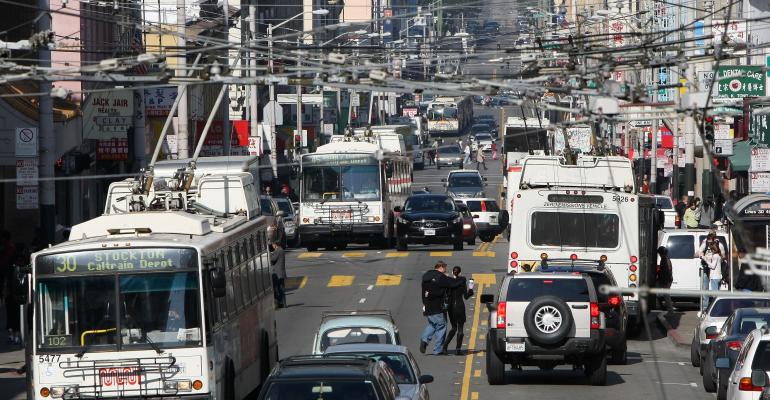 For multifamily developers searching for the most desirable project sites that increasingly means sites near mass transit stations, including light rail and commuter rail stops.

Numerous studies have found that renters pay more to live in apartments near mass transit stops. Accordingly, developers are willing to pay more for such sites. They are also willing to invest extra time to deal with the demands of local officials who have often developed their own, elaborate visions for these highly-visible locations.

“Sites surrounding transit continue to attract strong interest from developers and investors,” says Josh Simon, managing director in the Denver office of capital services provider HFF. To attach a number on that, developers are willing to pay a higher price that would work out to an expected return on cost that is about 0.25 percent lower for a transit development site.

Prices for development sites overall, including land near transit stations, are remaining relatively flat or even declining, however. The rising cost of development and worries about overbuilding have put a limit on how much developers are willing to pay, even for the best sites.

Developers will pay more for TOD sites because apartments in these locations are likely to earn rents that are higher over time. “Sites that will achieve higher rents and stronger cash flow are more valuable sites,” says Simon.

TODs have also proven to keep their value over time because they have a natural protection from competition from new apartment development. There are only so many sites near transit stations, after all, according to Simon.

Towns and cities often own TOD sites like parking lots near train stations. These municipalities often hold a full “request for proposals” process soliciting project plans from multiple developers who have to make a case on why they should be chosen to create the new buildings.

“Developers are typically very proactive and they leverage their market relationships to participate in the process,” says Simon.

Building apartments near train stations can be more difficult and expensive, however.

“A lot of TOD development is mixed-use, which is more difficult conceptually than a garden apartment in the suburbs, so it will be more expensive design-wise,” says NMHC’s Walter. Urban areas may also have high construction costs for labor and materials. Mid-rise and high-rise construction projects new transit stations are more likely to use a relatively expensive type of construction, including steel-frame or high-rise construction.

Local officials are often more demanding when it comes to approving a TOD. “Municipalities are typically more cautious and strict on their site plan approval and zoning on sites near transit,” says Simon.

However, these same officials may also give incentives like reduced city fees or tax increment financing to help offset higher costs and make sure the development delivers high enough yields to attract equity and get built, says Simon.