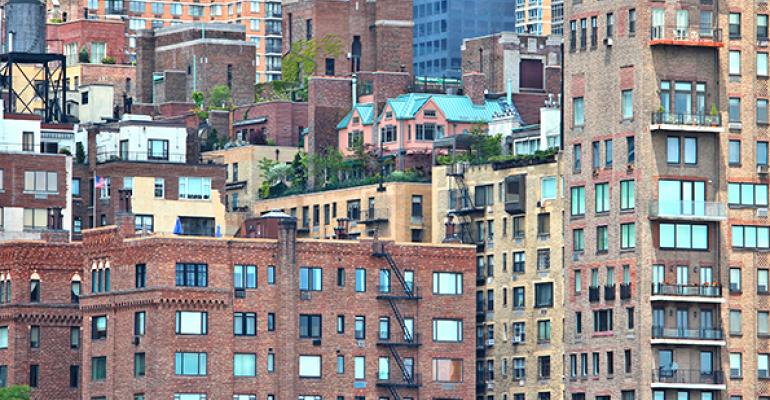 How did multifamily stack up in Q1?

For the latest numbers, I asked Stephanie McCleskey, director of research at AXIOMetrics to fill us in.

The industry expected new supply to impact those numbers, but despite new delivery, vacancy rates didn’t rise. At 95 percent occupancy a property is functionally full, which empowers landlords to keep pushing the rents.

However, rents can’t go up forever at these rates. Affordability will become an issue. AXIOMetrics analysts expect mild deceleration to ease rent growth toward 3.6 percent throughout the year.

“But investors shouldn’t be concerned,” McCleskey reassured us. “We don’t anticipate rent growth to fall below the long-term average of 2.2 percent for at least another 4-5 years.”

Which class makes the grade?

Based on effective rents, class-B assets outperformed all the others, with 5.6 percent effective annual rent growth in Q1. Most class-B properties are suburban, and the burbs are experiencing a growing demand. New construction has been primarily class-A urban luxury, but those properties showed the slowest rent growth of any class at 4.3 percent, still a phenomenal rate.

Last year 216,000 new multifamily units came on-line across the country. This year 285,000 units are expected; an improvement, but those numbers were barely normal before 2007.

“We’re not that concerned with overbuilding, because demand is so hot,” explained McCleskey.

But she advised keeping an eye on those upscale urban markets. There’s a lot of product in close proximity at a similar price point. Since the downturn, new deliveries have focused on the urban core. In some markets, excess supply is affecting rent growth, and that’s where you could start to see some cool-down.

We’re always talking about class-A projects in big city markets, but what about opportunities in smaller cities? I asked Brian Murray of Washington Street Properties in Watertown, N.Y. to talk about investing on a smaller scale.

“You can achieve fantastic returns in tertiary markets,” Murray pointed out. “There’s a lot of opportunity; there’s less competition and cap rates are substantially higher.”

Renovate, reposition, and raise up

“We renovate, reposition, and raise them up to class-Bs. We find the upside by working the value-adds.”

Murray shared the Washington Street philosophy for investors who are interested in more modest markets:

Work closely with your property managers, and set high standards. Consider learning how to ‘manage the manager’ by doing that job yourself for a few months.

Don’t syndicate or plan to pull cash out by a specific time. Too many cooks in a project can result in conflicting goals.

Upgrade and reinvest in the property, including the rent increases as they grow.

Treat people well and engage their loyalty. They’re not just tenants—they are human beings, and your customers.

How do you assess market performance in smaller cities?

So much depends on the community and the property. A smaller city doesn’t have the momentum of a major metro, so it’s important to be a savvy buyer. Washington Street hasn’t purchased anything lower than a 9-cap, and prefers 10 and above. There’s a wide range of stock available.

“We’ve bought some bargains at auction but they weren’t pretty, and we took on a big challenge, one that’s now paying off. Real estate investing doesn’t have to be intimidating. If you’re just getting started, roll up your sleeves. CRE doesn’t have to be difficult, get out there and go for it.”

What’s coming out of the ground?

So who’s building new multifamily? Joseph Wilber, senior vice president of Gables Residential, runs a full-scale development firm, with over 14,000 units in eight major markets. They have 2,500 new units in some stage of construction, lease-up, or planning.

“Rent growth has been phenomenal, with the exception of DC, which has a lot of new supply, and a slightly anemic job situation,” explained Wilber. “We’re also cautious about Houston, where job projections were lowered from 120,000 to 100,000.”

While urban land is expensive, mid- to high-rise buildings also require expensive materials. Today’s urban projects are built to a high level of finish, with club facilities, media rooms, and concierge services, not to mention ultra-high-speed Internet. All this means rents need to be north of $2.40 – 2.50 per sq. ft. in order pencil out.

Gables Residential is experimenting with micro units, less than 400 sq. ft., that rent for less, in an effort to create more affordable housing.

Here at Bull Realty the demand for urban development has not gone unnoticed. Sales of in-town land have been skyrocketing, while in the suburbs, existing apartments are selling well, and development land demand is increasing.

“Data has been showing us for years that Millennials want to live in the city. The real question is how deep is that market?” Wilber asked.

Gables builds and manages mixed-use projects in urban markets. The advantages for the tenants are great: an immediately lively and convenient neighborhood. But multiple issues make these developments especially challenging.  They are harder to manage, with multiple tenant types and their often-differing expectations.

“Mixed-use is very different from a stand-alone apartment project,” Wilber noted. “You can take a good retail location and add residential, but not the other way around. The retail doesn’t always work the way you expect; those spaces take a long time to lease up.”

Adequate parking is critical, and must be segregated by tenant type. Noise, security, and trash are key concerns. But these are exciting, fun places to live. You can expect to see more of them in urban centers.

It looks like another good year ahead for the apartment business. And if you’re looking for opportunities, those smaller markets may be the key. New construction is proceeding at a moderate pace, and nothing appears to be overheating: overall I see a great year ahead of us!

Michael Bull, CCIM, is the host of the Commercial Real Estate Show heard each week on 40 radio stations, iTunes, YouTube and the show web site www.CREshow.com. Michael is also an active broker and advisor as CEO of Bull Realty, Inc., a U.S. commercial real estate sales, leasing and advisory firm headquartered in Atlanta. Connect with Michael on Twitter and LinkedIn.