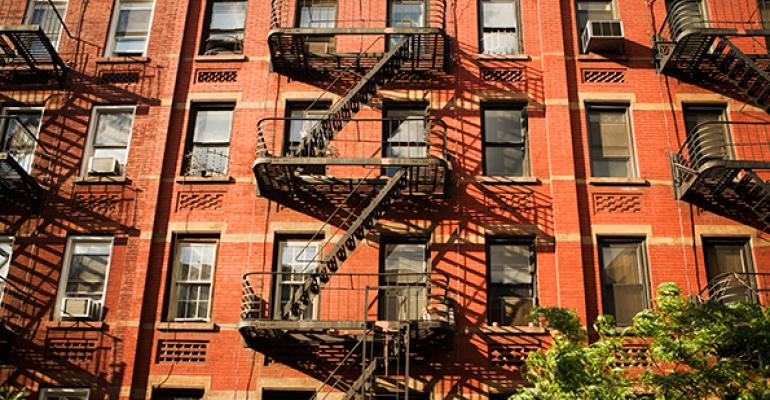 But the rise in cap rates is likely to come very, very slowly. Cap rates on apartment properties have been going from low to lower for years as apartment prices climbed steadily higher. However, federal officials might soon make a change to benchmark interest rates—the Federal Reserve had strongly hinted it might raise rates at its September meeting. Bad news from the world economy delayed the action, but officials are still likely to raise rates by the end of the year. Higher interest rates usually mean higher cap rates.

The prices investors pay for apartment properties have been rising for years relative to the income produced by the properties, driving down yields for investors. Those price hikes seem to be leveling off. In the third quarter, apartment properties sold at an average capitalization rate of 5.1 percent, according to the latest estimate from CoStar. That’s roughly the same as in the second quarter and down from 5.25 percent the year before. It’s also down from 5.50 percent in the third quarter of 2013.

Cap rates are likely to start rising once interest rate finally start to rise. In part, that’s because when property buyers have to pay higher interest rates on their acquisition loans they tend to expect a higher yield from the property to help them pay that interest.

“Even if the Federal Reserve raises interest rates, that doesn’t necessarily mean cap rates are going to jump up by the same amount,” said Mejia. “Cap rates are leveling off—it’s basically a flat forecast.”

Over the next two years, interest rates are likely to rise by 50 to 100 basis points. Over the same period, cap rates for apartment properties might go up just 5 to 10 basis points, according to a forecast from CoStar. That’s hardly an increase at all.

That’s partly because cap rates are now fairly high—at least compared to interest rates. At 5.1 percent for apartment properties, average cap rates are roughly 300 basis points higher than the yield on 10-year Treasury bonds. That’s much wider than the 100 basis point spread between cap rates and Treasury bond yields during the real estate boom in 2005 and 2006, when cap rates were relatively low compared to interest rates, according to CoStar.

Cap rates are also usually slow to respond to swings in interest rates. Rates are often influenced by prices on bonds that rise and fall from day to day, unlike the real estate assets, which take much longer to buy and sell.

“Investors have fallen in love with top assets in primary markets,” says Mejia.