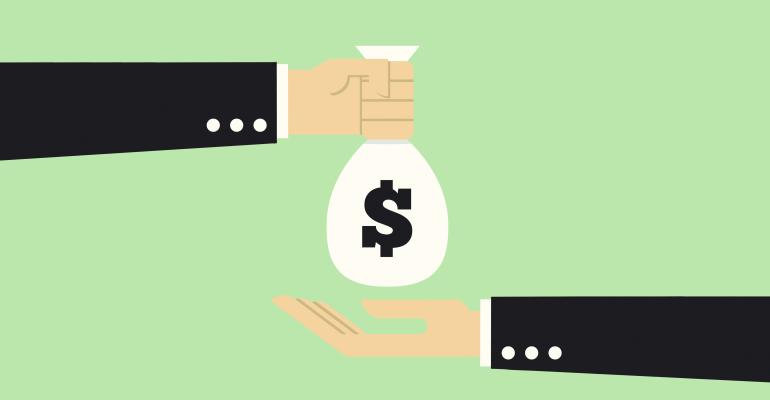 Leading multifamily REITs are selling off properties—starting with the largest apartment REIT Equity Residential, which announced plans to sell off nearly a quarter of its apartment portfolio on Oct. 26.

REITs usually need to keep growing to help keep their stock prices rising. But leading apartment REITs have become net sellers this year, starting with Equity. The huge deal will dispose of nearly a quarter of Equity’s portfolio of more than 109,000 apartments. In addition, Equity is not planning to spend the cash from the sale on buying other apartments or developing new properties. Instead, the REIT plans to pay down its debt and return a large dividend to its shareholders.

Equity plans to sell more than 23,000 apartments at 72 properties to Starwood Capital Group, through a controlled affiliate, for $5.365 billion. About half of these properties are located in Florida, with other communities in Denver and California’s Inland Empire, in addition to core markets including Washington D.C. and Seattle. Going forward, Equity also plans to sell an additional 26 properties totaling 4,728 apartment units, one at a time or in small portfolios, including all of the company’s assets in Connecticut and in non-core sub-markets of Massachusetts. The sale to Starwood, combined with these other sales, will result in the company’s exit from the South Florida and Denver markets, as well as the New England sub-markets.

“We have also narrowed our focus, which will now be entirely directed towards our core, high-density urban markets,” says Neithercut.

Equity Residential intends to use the majority of the proceeds from these sales to pay a special dividend to its shareholders of between $9.00 and $11.00 per share and anticipates that dividend being paid during the second quarter of 2016. The company also expects to use proceeds from the sale to reduce aggregate indebtedness in order to make the transaction leverage neutral.

Over the first nine months of 2015, Equity has been a net seller, buying one $130.3 million property with 202 apartments in Boston and selling seven apartment properties containing 1,707 units for a total of $341.5 million. Equity also bought two land parcels in San Francisco for $21.8 million.

Equity’s $5.4 billion deal with Starwood works out to an average price of $230,634 per unit, at a capitalization rate of 5.5 percent. The REIT achieved an unlevered internal rate of return of 11.1 percent. Equity’s other planned property sales will likely add up to an aggregate value of approximately $700 million and a weighted average cap rate of 6.0 to 6.25 percent.

Other leading REITs also sold property in the third quarter. AvalonBay Commnuities sold Avalon Lyndhurst, a 328-unit community in Lyndhurst, N.J., for $99 million, or about $302,000 per unit. Camden Property Trust sold Camden Providence Lakes, a 260-home community in Brandon, Fla. for $33.0 million, though Camden continues to develop new properties, and acquired a 5.8-acre parcel of land in Gaithersburg, Md., for $13.3 million for the future development of about 365 apartment homes.

In August, the Essex Property Trust received cash of $21.9 million from the redemption of a preferred equity investment related to a property located in San Jose, Calif.

Stock prices for REITs continue to be strong, but they aren’t growing nearly as fast as they were a year ago. Apartment REITs had a total return of 7.52 percent in the first nine months of this year. That’s a solid return. In comparison, NAREIT’s All Equity REIT index showed a total return of negative 4.51 percent. The overall stock market did even worse. The S&P 500 lost 5.29 percent of its value over the year through September.

But even a pretty good performance in 2015 will have a hard to beating the very high returns investors earned in 2014, when apartment REITs showed a total return of 39.62 percent. A year like that will be almost impossible to match. REITs in general also had a very good 2014, when NAREIT’s All Equity REIT Index showed a total return of 28.03 percent.