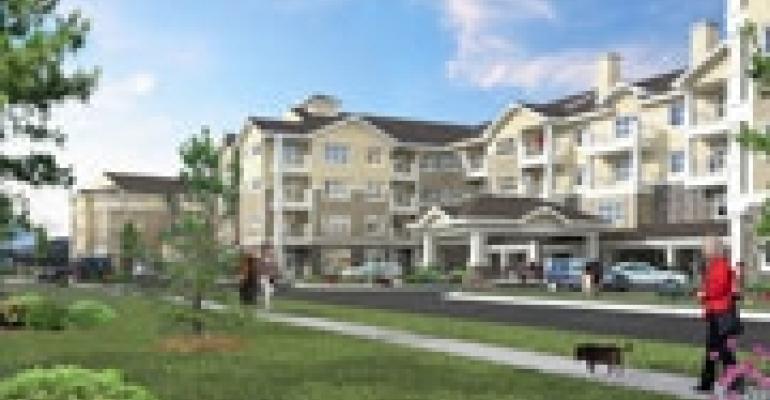 Once youthful states are starting to gray, generating opportunities

Though it’s counterintuitive, the best places to locate new seniors projects are in high-growth areas known for their young population, suggests a recent study by the Brookings Institution. The World War II generation — those born roughly between 1936 and 1945 —is growing fastest in the Intermountain West and South Atlantic states, and not in older northern cities. The senior population in Georgia, for example, is expected to increase by more than 40% from 2010 to 2020.

The somewhat surprising results are found in “Mapping the Growth of Older America,” a study by the Brookings Institution. (www.brookings.edu/views/articles/200705frey.htm)

* Austin, Texas, Dallas and Las Vegas are among the cities with the fastest growing baby boomer population, generally those persons born between 1946 and 1964.

* The suburbs of New York, Los Angeles and Chicago will boast a larger elderly population than the cities themselves over the next decade. This could open opportunities for new development, especially in inner-ring suburbs where the demand for senior services and housing will continue to grow. “More seniors will be moving in these places,” says study author William Frey, a demographer.

The graying of the state is due to several factors. Many Colorado residents who moved there 20 to 30 years ago are now at or near retirement age. Also, retirees from other states are moving to Colorado to be near their adult children and grandchildren who live there.

Lenders want to know there will be strong demand for the product during the five-year period between development and stabilized occupancy, Vaughn says. “That's critical.”

In Colorado Springs, MacKenzie House also looked closely at the growth of the population age 45-59, which is expected to increase 21% by 2009. The younger group has a big influence on the housing decisions of their older parents who typically move from other states, Vaughn says. "In Colorado, 35% to 50% of our new residents come from out of state."

About 35% of the independent living apartments at MacKenzie Place have been pre-leased, Vaughn says. Monthly rents start at about $2,700. The first phase of cottage homes has sold out with prices ranging from $190,000 to $575,000. Assisted living units will rent for about $3,000 a month.

MacKenzie House has another new development breaking ground soon in Douglas County, southwest of Denver. The area has a fast- growing population of persons age 45-64, and also of those age 75 and older.

The project, MacKenzie Place at RidgeGate, has strong competition, too. Classic Residence by Hyatt and Erickson Retirement Communities have nearby projects, though both charge an entry fee. "We are a little different," notes Vaughn. "We offer residents the chance to own their own home."

Developer Vaughn expects both MacKenzie Place projects to yield more than 9% upon stabilization. Vaughn sees more opportunity ahead. The company has another project under way in Fort Collins, Colo., as well as several in other states. The company plans to build more freestanding assisted living facilities, too.

Demographer Frey cautions that a mushrooming senior population won't make every new project a slam-dunk, however. “Developers are rubbing their hands together waiting for seniors to move to their buildings," he says. “But most older people will stay in their current homes, and age in place.”