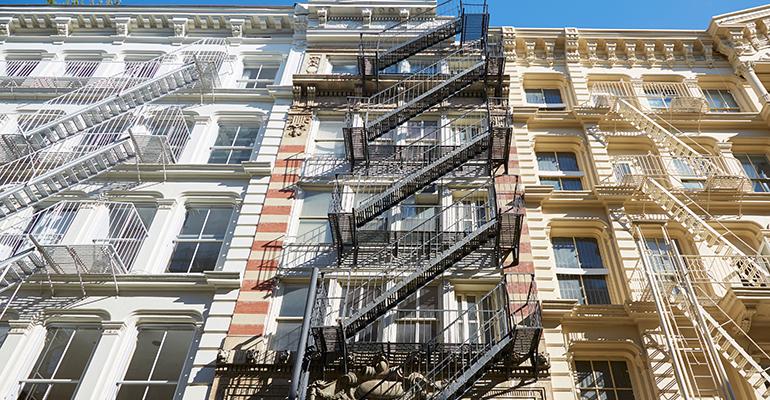 Some Apartment Markets Are Facing Challenges

Apartment rents are not growing as quickly as they had been, according to research firm RealPage Inc.

In a few overbuilt downtowns, apartment rents are starting to fall. But experts claim that demand for apartment units continues to be so strong, the trend won’t last for long.

“The story in these markets is the apartment story writ large: the high levels of apartment construction are not enough to house the 1.2 million or so new households formed each year without increased single-family construction,” says John Affleck, research strategist with the CoStar Group.

Apartment rents are still growing, but not as quickly as they had been, in markets across the country, according to research firm RealPage Inc. Rent growth is slowing the most in a handful of cities where developers have opened thousands of new apartments recently.

In Houston, rents dropped by 1.6 percent on average over the past year, according to RealPage. In the top “urban core” neighborhoods where developers have opened the most new apartments, rents have fallen by more than 10.0 percent. Apartment occupancy rate in the city averaged 92.9 percent in mid-2017, down 180 basis points from the high of 2015.

“There is still some pain immediately ahead for Houston, mainly reflecting that another 22,000 or so apartments will be delivered in the coming few months,” says Greg Willett, chief economist for RealPage.

However, the outlook for Houston is strong. “Once we get past early 2018, however, the completion pace will slow to a trickle in a metro likely to be experiencing robust employment growth,” says Willett. “The metro has the potential to move from performance laggard status to star positioning very quickly.”

The rents in New York City are barely growing. Revenue growth was close to zero over the 12 months that ended in mid-2017. “So not terrible, but very little rent growth,” says Barbara Denham, senior economist with research firm Reis Inc.

Developers are expected to open 20,000 new apartments in New York City this year, according to RealPage. That’s about 25 percent up from the year before. “Some further rent cuts are possible,” says Willett. “Queens will join Manhattan and Brooklyn among the areas struggling to digest sizable new supply.”

Developers are now opening new apartments in Nashville at a rate of nearly 8,000 a year. That’s about double the rate of completions in 2016 and 2015, according to RealPage. The occupancy rate was 95 percent at mid-year, 160 basis points lower than it was 12 months ago.

Rents still grew by 3.4 percent in Nashville over the 12 months ended at mid-year. That’s close to twice the overall rate of inflation. But it’s less than half the rent growth compared with the year before, when developers opened half as many new apartments. “And the downtown submarket—where construction is heaviest—is suffering sizable rent cuts,” says Willett.

Rents are growing in smaller markets

Not all apartment markets are cooling off. The places where the pace of rent growth sped up the most include Colorado Springs, Colo.; Ventura County, Calif.; Tacoma, Wash. and Sacramento, Calif. Effective rents grew on average between 5.0 percent and 8.0 percent in these markets over the 12 months that ended in mid-2017.

These towns don’t have much in common, except they are located in close proximity to markets with very expensive apartment rents, including Denver, Los Angeles, Seattle and San Francisco, according to Denham.