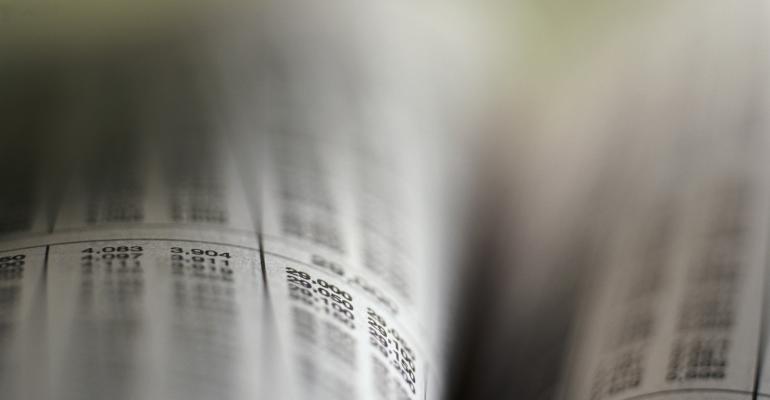 Advocates for commercial real estate are eager to preserve the kinds of ownership entities, like partnerships or limited liability companies, that most apartment firms use to do business.

Since the past eight months, real estate experts have been bracing themselves for a comprehensive reform of the U.S. tax code.

“Tax reform, done correctly, has the potential to spur economic growth that will help all sectors of the economy, including housing,” says J.P. Delmore, tax lobbyist and assistant vice president with the National Association of Home Builders (NAHB), a federation of groups devoted to building housing. “But to foster that virtuous cycle for economic growth, Congress must look upon changing real estate tax provisions with caution.”

The overall U.S. corporate tax rate could be more competitive, and critics say the current tax laws are riddled with loopholes that allow some taxpayers to pay much less than others. But some tax laws are important to the real estate business. These provisions, ranging from “pass through” ownership structure to affordable housing programs, are important to the apartment business and need to be preserved, according to industry experts.

The outlook for tax reform

Comprehensive tax reform has been a top priority for legislators for years. With a Republican president in the White House and the Republican party dominating both houses of Congress, tax reform seemed likely to be passed in the early months of 2017.

“The members are deeply committed,” says Matthew Berger, vice president of tax for the National Multifamily Housing Council (NMHC). These legislators are especially eager to rack up a victory by reforming the tax code after other legislative priorities, like reforming healthcare, have failed so far. “Following what we saw on healthcare, there is a strong impetus to come up with an outline.”

The Republican leadership in Congress is now trying to come out with a plan they can all agree on. Republicans have stated that they plan to lower the top corporate tax rate from 35 percent to 20 percent or even lower. However, to lower taxes without adding to the budget deficit, Congress will have to remove enough tax breaks to offset the lost income.

Advocates for commercial real estate are eager to preserve the kinds of ownership entities, like partnerships or limited liability companies, that most apartment firms use to do business. Companies organized as partnerships or LLCs don’t pay the corporate income tax. Instead, the income flows to the partners, who pay taxes on that income as individuals.

“Over three quarters of multifamily firms are run through a flow-through structure like a partnership or LLC,” says Berger.

Apartment experts also want to protect rules that allow real estate investors to sell properties without triggering exit taxes, provided they immediately re-invest the money from the sale in other real estate properties. These 1031 exchanges are exactly the kind of arcane piece of the tax code that could be cut without careful consideration by legislators eager to save money. Many real estate investors rely on 1031 exchanges as they move money in and out of properties.

Affordable housing advocates have also made a massive effort to educate Congress about the value of the low-income housing tax credit (LIHTC). They have succeeded so well that a pair of bipartisan proposals are now under consideration to expand the tax credit in both the House and Senate with dozens of co-sponsors.

What if nothing happens?

However, with Congress, especially in recent years, it’s always possible that nothing will happen.

Another impediment to tax reform is the slow death of healthcare reform. Early last week, it seemed as if the effort to ram some kind of repeal of the Affordable Care Act through Congress had finally died. But now it looks like Senate members will hold a procedural vote on the bill today. Whether they succeed or not, as long as Congress is talking about health care, the legislators are not making progress in re-writing the tax code. The same legislators who are most focused on healthcare will be needed for tax reform.

If the legislature can’t pass comprehensive tax reform, they will still challenged by provisions of the tax code that have expired and arguably need to be renewed. For example, tax breaks expired at the end of 2016 for energy-efficient buildings, including new homes and commercial buildings. The provisions have some bi-partisan support. But even some legislators who say they support these tax breaks seems content to delay. They plan to include renewing the tax breaks in their planned comprehensive tax reform.

Fortunately for the real estate industry, some important programs, like the New Markets Tax Credit, which has expired several times over the years, has been renewed through 2019.