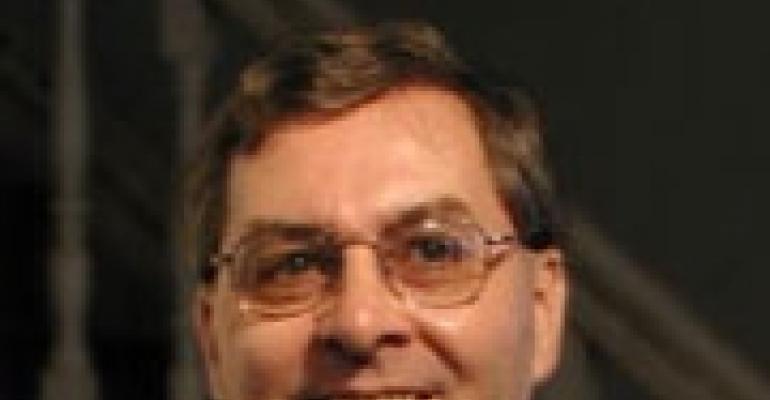 Real estate economic sages don’t come more highly regarded than Hugh Kelly. Currently principal of Hugh Kelly Real Estate Economics based in Brooklyn, Kelly spent more than 20 years as the chief economist at Landauer Real Estate Counselors, where he oversaw the market study teams for financing of the World Trade Center and General Motors Buildings in New York. He has also spoken before the United Nations as part of a conference on World Cities. Today his firm advises a variety of real estate investment clients, and he is president of the board of Brooklyn Catholic Charities Affordable Housing Corp.


NREI: You’re a big proponent of demographics and their impact on commercial real estate markets. Why does that matter?

Kelly: Because it’s people that use real estate and demographics are our way of understanding behaviors of people. Pay attention to the economic trends, realizing that they always represent people. They are clues as to what the actual users of real estate are going to be and you avoid a lot of the excesses that come from trying to run with the market.

Demographics are the structural foundation on which the economy is based. That to me is a given, the flows of capital even reflect the needs of the population base. If you look at things like the volume of institutional investment that occurs, a lot of that is reflective of world savings rates. Both abroad and here in the U.S. are part and parcel of the aging of the population. They need to prepare for the years they are no longer earning an active income.


NREI: So in your mind how are commercial real estate values holding up?

Kelly: There’s a real selection process going on. You’ve got flight to quality on one hand and you’ve got flight to certainty on the other, and they’re not exactly the same thing. In markets where investors have confidence that there is an exit strategy for their investment that’s going to be reliable over time, you actually have seen values hold up very well. If people feel that even in liquidity constrained market condition that if you’re in New York, or Boston or San Francisco, when you want to sell a building there will be a range of buyers there. They’re still confident enough to put their money to work and pay prices that are still very strong.

If on the other hand you’re looking at a property in a market where it depends upon a lot of excess capital out there, then investors have really pulled in their horns, and raised cap rates a lot and dropped prices. A lot of secondary and tertiary markets in the United States fall into that category at this point.


NREI: Is there an inflection point at which investors know the markets have reached bottom, from both an investment sales and a leasing perspective?

Kelly: On the leasing side of things you look at what’s going on in the housing market. Once you start to see mortgage applications begin to rise in some significant way then you begin to see a little bit of confidence build again. The other thing is you have to stop the bleeding on the employment side, right? I’m kind of pleased that for these first six months we’re running at roughly half the level of job losses we had in the early-’90s and the 2001 recessions. And those were brief and mild recessions, but they had long job recoveries, both of them. We’re running at maybe 20% of the job losses in the ’70s and ’80s recessions. So I’d watch the job numbers fairly closely.

On the investment side, I would look at what’s happening in triple-B CMBS. The spreads there are huge. They’ve come down a bit but that is still so underpriced it’s going to be a buying opportunity for somebody. When that happens that’s going to open up the floodgates of capital and you will see the institutional investors come back into the market. Behind that dam there is an almost unimaginably large amount of capital.

At the beginning of 2007 there was about $1.7 trillion in the institutional money funds. That’s up to $2.3 trillion now, so that’s up $900 billion in a year and a half. That’s all low-yield money that’s parked for safety purposes, but it can’t stay in cash. If that starts to get deployed, then real estate will be an important beneficiary of that simply because of where the bond market is at this point. The bond market has no place to go but down because interest rates have no place to go but up.

Soon I expect people to start to say if we’re not at the bottom we’re close to the bottom and we’ll start to see capital recommitted there. When it comes to asset allocation and the choice is bonds or real estate, that is really a no brainer. It’s got to be real estate rather than bonds.


NREI: Sam Zell was always a big proponent of inflation helping real estate in a lot of ways. Is that true in today’s market?

Kelly: Over time the answer is yes. If you are a property manager right now, though, inflation is your enemy because your costs are going up. Asset managers with quarterly reporting responsibilities will not agree that inflation is their friend.

But because real estate values over time are really driven by replacement costs, I do see real estate offsetting the negative impacts of inflation rather well. And on the operating side eventually you do pass those costs on to your tenants.

When you don’t have rents that will justify the cost of a new building, then you don’t build. It won’t be financed. That has really proven true throughout this last seven year period, when you have not had much of a speculative construction boom. It’s been a much more sober real estate cycle.


NREI: Isn’t the real trick in today’s market trying to place value on anything?

Kelly: It’s cash flow, right? It’s clever to say people aren’t buying future cash flows, it’s today’s, but people are always buying futures. The point is: What is their perspective on how their income is going to change over the future? At this point, where rents are and in terms of operating expenses, people aren’t buying on the expectation that there is going to be a major spike in cash flow in the next several years. It looks like you’re buying more on a stabilized cap rate and less on an aggressive set of assumptions and discount rates.

Nobody on the equity or the debt sides wants to be too aggressive on their assumptions in mid-2008. It’s kind of remarkable then, to me, that you see things like the Chrysler Building deal [an Abu Dhabi-based investment group purchased a 90% stake in the New York tower last week for $800 million], which is a big number, but on an historical basis this is not so anomalous. During periods of high energy prices the Middle East investors have been buyers of high-quality real estate in New York and in the tech cities and a handful of places in the U.S. And they have proven over time to be buy-and-hold investors.

They’ve got to redeploy their funds because they’re not making any more oil under the ground. They have to diversify their asset holdings. This is not a charitable donation when these guys buy investment real estate, and it’s also not a charitable donation when you get the sovereign wealth funds buying the stocks of commercial banks and investment banks. They’re buying them because they’re too cheap. It’s true that U.S. financial institutions have a tough row to hoe in the next couple of years, but it’s also manifestly true that the equity markets have totally overreacted to that and the offshore purchasers think it would be stupid not to buy at these prices if they have the cash. And I think that will be the case in the real estate markets too.

You will also see Chinese capital coming more and more into the states. First they will put their businesses here and then follow them with real estate investments.

Along with the trends in foreign investments, right now what I think we’re learning from the subprime ripple is that new products, new derivative products in particular, have a maturation period. The first time you test them it’s like teenage angst because they’re not mature yet. That’s what we’re experiencing in this credit crunch. You’re getting a great set of examples of how you’ve had products that you didn’t truly understand and so you’ve got to wash those through.

At root, the basic forms of securitization like REITs as equity and CMBS as debt are very sound products and you’re going to see that they will do well. Things like credit default swaps will never come back to the high level of pricing because they have demonstrated to be far more risky than their selling prices indicated. That blindness to the price of risk, that’s an adolescent phenomenon, and as these markets mature they’re going to price them better.

There is such a volume of capital out there. I have three pictures I use in my talks, one is of Niagara Falls, one is the Sahara Desert and the third is the Hoover Dam. The argument is that for a long time we had a Niagara of capital, now people think we have a Sahara but we don’t. It’s a Hoover Dam. It’s all sitting back there. The question is when does it get released? And when it does you don’t knock the dam down, you just release the water again. That’s the 2009 scenario when you see some of this capital released into the markets in an orderly way.