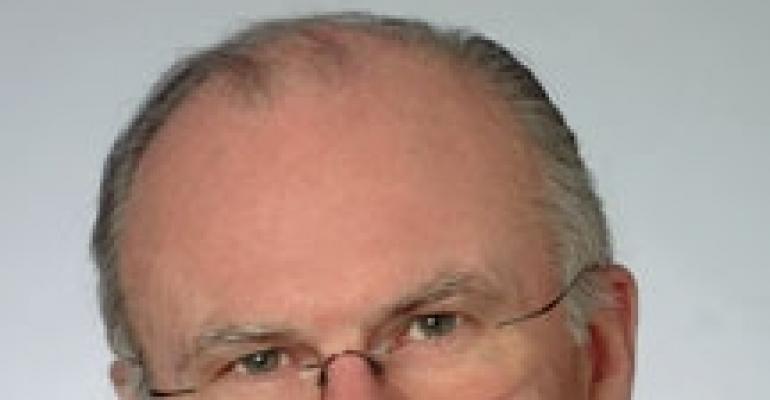 For almost exactly three decades, Ted Leary was a fixture at nearly every major event hosted by industry organizations such as the Pension Real Estate Association, Urban Land Institute and Association of Foreign Investors in Real Estate. In his role as chairman of Lowe Enterprises Investment Management LLC, the institutional advisory arm of Lowe Enterprises, he oversaw the placement of $3 billion of equity in more than 100 commercial real estate assets, producing returns of 15% and higher from 1990 until his retirement in June 2005.

Recently Leary was prompted out of retirement to jump back into the pension fund consulting game, principally to advise clients on future real estate strategies as well as evaluate their real estate managers. He started Crosswater Realty Advisors in Los Angeles, and recruited several notable talents from the commercial real estate industry with pedigrees in workout situations. Leary has already signed several pension fund clients and expects to do some brisk business for the foreseeable future.

NREI caught up with Leary to ask about the switch and what he sees on the investment landscape today.

NREI: Why did you come out of retirement now?

Leary: I’m back because I’m getting phone calls asking for help. It’s an interesting time because we’ve had such an amazing run, but to some degree that means there is nobody around that remembers that real estate doesn’t always go up.

Historically, when real estate hit the wall it’s because we overbuilt America. On the housing side we’ve done it again, but this time on the commercial side we grossly overpaid and overleveraged America. What’s amazing is how many funds out there are facing writedowns and thus hitting the wall in terms of being able to refinance their overleveraged assets.

At the same time, you’ve got a generation of young managers, as far as I’m concerned, who have never really seen trouble.

NREI: Was there something specific that motivated you to come back now?

Leary: When I retired from Lowe, I started Crosswater Realty Advisors with a partner to raise money to invest in European real estate. But about 18 months ago I was bidding on deals and I wasn’t coming in second, I was coming in 22nd. And I had an epiphany.

I was bidding on an office building in Pasadena. It was one of those one-week wonders where you had to underwrite and close in a week. The day the best and final bids were due I woke up and told my wife I just couldn’t do it, it was nuts. It wasn’t just the pricing, it wasn’t just the leverage; it was the speed at which $100 million deals were being done. It was insane. So, I stopped pursuing acquisitions. I didn’t want to be 65-years-old doing workouts of deals I made when I was 62.

I still went PREA and talked to all my friends in the business, and I ran into colleagues in the business all the time and I could just sense everything had gotten out of control. Then I got a couple of phone calls from old pension fund clients who just wanted to chat. They were in some struggling funds, and they wanted to know what to do. Then out of the blue I got an e-mail from Jack Rodman (a 37-year veteran real estate consulting partner with Ernst & Young) in Beijing who I hadn’t heard from in five years. And he said, “I think we may be back in the workout business.”

NREI: Who are your clients, and what specific services do you provide?

Leary: We are primarily giving what I call “senior advice” to major investors. They may find themselves in funds that may have been too aggressive on the pricing and too aggressive on the leverage. And the leverage was short term, and now they are hitting the wall. Their property values are down and that’s bad enough, but now the leverage that exists is higher than the value so they need to deleverage and that causes all kinds of cash-flow problems.

But equally important, there are huge management organizational issues investors need to worry about. The advisor staffed these organizations with bright, young, hard-working people who saw this pot of gold at the end of the rainbow. That pot is probably not there anymore, especially since the funds launched in 2005, 2006 and 2007 invested at the height of the market, and thus are realizing that there may not be any incentive fees for them to earn.

So now how do you keep them on board and focused? You have the same issues in hedge fund land. If there is no big incentive fee there five to seven years out, why would these staffers stay with the company? One of the people I’m talking to at a pension fund worries that some funds may implode thanks to an exodus of top executives. So what does he do? It is not an easy problem to solve.

NREI: How wide is the experience gap when it comes to understanding how this economic situation compares with previous downturns?

You have a whole generation [of real estate managers] who thought values always went up and, if they did make mistakes, they were likely covered up by a compression in cap rates.

I learned from my old boss, Victor Palmieri (a noted expert in the rehabilitation and reorganization of troubled real estate companies and assets) 30 years ago that it’s very hard for people that have made the mistake to work their way out of it. They have too much emotional — and maybe financial — investment to be coldly analytical about how to deal with the problem. If you look at most companies that are in the workout business or the turnaround business, the number one rule is that you immediately change the management. But if you, the investor, are locked into a seven- to 10-year fund, your options may be limited.

NREI: What is your base advice to your clients? How do the pension funds manage through these troubled times?

Leary: You have to be coldly analytical about it. It’s all business. No matter how good you think your managers are, you have to ask if they are doing the right thing for you, the investor client. There is the concept of “congruency of interest” that was marketed heavily over the past few years. I tell clients to conduct what I call a congruency audit to make sure the interests of the managers are still truly aligned with the interests of the investors. Usually when things go bad, those interests fall out of alignment because it’s every man for himself at that point.

The key thing is you’ve got to step back and just be clinical about it, and don’t get emotional. Nobody likes to admit that he made a mistake because that’s human nature. That’s why you bring in outsiders to do that for you because they have no investment, either financial or emotional.

That’s why I like to say we give “unconflicted advice” because we have no stake in the game. So much in the turnaround business is emotional. I’ve done so many of these workouts over the years that you just see good people having a hard time admitting how bad things might be or what the true problems, and thus solutions, really are.

NREI: How severe is this crunch compared with past crises?

Leary: It’s different. A lot depends on how long the credit crunch goes on. With pension fund investments and commingled closed-end funds, it’s really hitting the later generation ones, vintage 2005, 2006 and 2007. Any investor who bought buildings during that period in an auction environment probably overpaid. If you overpaid and overleveraged, you’ve got a problem. If you overpaid and overleveraged and used short-term debt, you have a crisis. So what do you do? Do you go back to your investors and ask for more money? Some of these mega-funds may not have the money because of the retreat in the stock market.

NREI: Real-time investment reporting by pension funds has been lacking in the past. Do you find that to be the case?

Leary: I am not so sure I would describe it that way. But as I’ve said to a lot of clients, you’re now going to find out who your good partners are. The good partners will come in early, tell you they have a problem and try to figure out together how to resolve it. The bad partners are the ones that hide the ball from you and don’t open up. Rule number one in problem solving is to be open and honest and confront it and deal with it early. I think that the managers who are frank with their investors will be the survivors and will prosper when the market comes back. Those that “hide the ball” may well not be around for the recovery as they will have lost the confidence of the investor community.