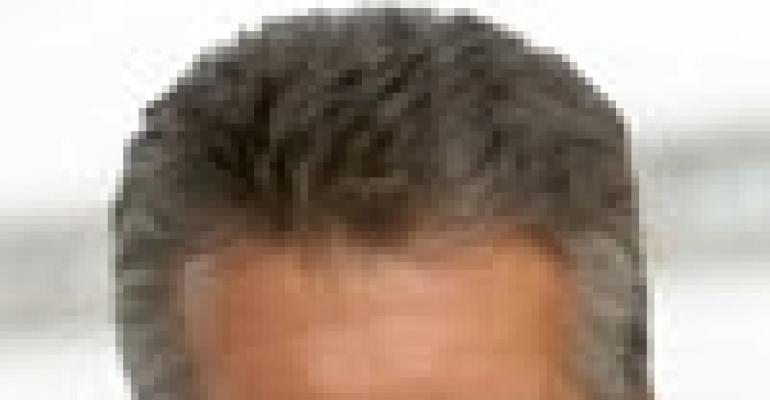 In what seems emblematic of these times, one of U.S.’ most iconic apparel brands—Gap Inc.—has recently announced plans to concentrate its growth on international markets.

The retailer will continue to open some stores domestically, primarily for its newer Athleta and Piperlime divisions, as well as for its outlet fleet, but the future of the Gap, Banana Republic and Old Navy brands clearly lies in Asia, Latin America and Africa.

Gap Inc. has been an international player for some time, but what makes its current expansion into new and emerging markets particularly interesting is that the retailer learned some important lessons about over-saturation with its domestic fleet. The company is on track to close 200 of its full-price U.S. stores by 2013.

Retail Traffic sat down with David Zoba, Gap Inc.’s senior vice president of real estate, to talk about where the company sees the greatest international opportunities and how it plans to calibrate its overseas risk/reward game, including its franchising operations model and its brand-building strategies. Zoba also talks about what it takes to build a physical presence in other countries.

Retail Traffic: Gap recently opened new stores in South Africa, and signed agreements to open stores in Lebanon, Georgia and Azerbaijan. Can you talk about the opportunities the chain sees in those regions? What are your long-term goals for store fleets in those countries?

David Zoba: Our expansion into these areas has been exciting. Our presence in South Africa, Lebanon, Georgia and Azerbaijan is managed through our company’s franchise channel, which allows us to maintain brand control, while our partner provides strong local expertise. This strategy has been working for us.

Last year alone, we opened 52 franchise stores. We plan to open about 50 to 75 more franchise stores in 2012 and have plans to bring our brands to several new countries.

You asked about South Africa. There we have expanded our existing wholesale relationship with Stuttafords to open our first store-in-stores in Johannesburg and Cape Town in March. We expect to open a third Gap in Pretoria later this year.

In terms of the opportunities, we believe the high rate of tourism and a rapidly growing demand for international retail brands makes South Africa an ideal environment to introduce our store experience.

In Lebanon, we’ve signed a new agreement with Azadea group, one of the largest retailers in the region, to open the first Gap store in 2012. Additionally, we have expanded our partnership with Al Hokair—our partner for Saudi Arabia—to open our first Gap and Banana Republic stores in Georgia and our first Gap store in Azerbaijan later this year. As readers probably know, Georgia is an emerging retail market with underdeveloped retail landscape, and Azerbaijan, with one of the highest GDPs in all of central Asia, provides us with a lot of growth opportunity.

You asked about long-term goals; we continue to explore opportunities in all of these markets and would consider expansion as it makes sense for our business. I work closely with Stephen Sunnucks and Stefan Laban who manage our international and strategic alliances businesses. And I can tell you that my real estate team is busy as we look into the future to find the right spots for our company-operated and franchise retail stores.

RT: What are some other regions of the world where you see opportunities for new Gap divisions?

David Zoba: This year, we plan to open about 160 company-operated stores across Gap Inc. brands worldwide and the majority of these are slated to be opened outside the United States; this is the largest number of total store openings we’ve had since 2007. For the first time ever, all brands will open physical stores this year, as we plan to open locations for Gap, Banana Republic, Old Navy, Athleta and Piperlime.

We are focused on capitalizing on the significant opportunity ahead—all over the world in both new and existing markets.

We continue to explore opportunities and expand our presence in Asia. Now we have over 3,200 stores worldwide—company-operated and franchise—and more than 340 of those are in Asia.

Take Japan for instance. Gap Inc. first introduced its brands to Asia with Gap in Japan about 17 years ago followed by Banana Republic about 7 years ago. Fast forward to now and at the end of fiscal year 2011, we operated more than 160 stores in Japan. And this year, Old Navy enters the Japanese market with our first store outside North America (DiverCity Mall outside Tokyo) opening next month, along with additional value channel stores (e.g. Gap Outlet, Banana Republic Factory Store) opening throughout the year.

We first introduced Gap to China in 2010 in Shanghai. Today, we are on our way to growing to 45 company-operated Gap stores in the country by the end of fiscal year 2012. As you can tell, China is important to Gap Inc.’s global expansion strategy and our success in the region is critical to paving the way for our long-term growth globally.

As you mentioned earlier, we also leverage our franchise channel to take our brands to other parts of the world, such as Latin America—where we believe there is a lot of growth opportunity for us. Last year, we launched our first stores in Latin America in Chile and we recently opened our first stores in Central America, in Panama. We also plan to take our brands to Peru, Uruguay and Colombia.

And don’t overlook the United States. This summer, Athleta will continue to grow its fleet. Athleta is our women’s sports apparel brand that started off as a catalog business and has expanded into online and now is available in physical stores. Today, we have stores in 12 cities in the United States and we expect to have 50 Athleta stores open by the end of 2013. And we’re bringing our online boutique Piperlime into its first physical store location in New York City in September—we found a SoHo location that perfectly suits that brand.

RT: Your chains already operate a number of international locations and international expansion is a big part of Gap’s strategy going forward. How long does it normally take from making the decision to enter a given country to actually opening a store? What are the main challenges you face in the process?

David Zoba: I joined Gap Inc. in 2009 when we were in the midst of significantly expanding the international reach of our brands. To put things in perspective, in 2006, Gap Inc. operated in eight countries and only sold products online in the United States. Today, products are available to customers in over 90 countries worldwide. This successful and rapid growth has largely been attributed to a successful formula for international growth.

For major markets, the company typically enters with brand-building flagship stores, followed by outlet and smaller stores in outlying areas and an online expression of the brand. Today, this model can be applied to Gap and Banana Republic, and over time, Old Navy. For other markets, we put the franchise model to work for us.

You ask how long it takes from making the decision to enter a given country to opening a store—and my answer is, it depends. Before entering a market, we study a market long and hard. Glenn Murphy, our chairman and CEO, works closely with a strategy team to evaluate opportunities, considering everything from local laws to cost of real estate to brand awareness.

Once we have determined that we want to enter a region, the time it takes from that decision to actually opening a store depends on several factors, including whether or not the store is company-operated or franchise, which country, if it is our first store there, etc. In some instances, it is preferable to us to deploy our franchise model—Gap Inc. manages the brand, while our partner provides local proficiency.

In other cases, we enter with our company-operated stores. The main challenge we face in this process is availability of high-quality real estate. Whether it’s putting a Gap or Banana Republic specialty stores on a “high street” in Europe or finding the right mall in Tokyo, we take great care in selecting locations that are uniquely suited to our brands and our customers. Also, in some cases, the real estate we are considering is family property as opposed to being owned by developer. This can sometimes make negotiations more complicated.

RT: How is Gap perceived by local consumers versus home-grown brands?

David Zoba: We are a strong, international brand of quality, focused on sharing American style around the world. Some stores do better in some locations than others. For instance, Gap is are our calling card in Italy. Whereas other markets might respond more to the work wear available at Banana Republic. We are fortunate in that we have high brand awareness around the world and high customer acceptance globally.

RT: Does it make it easier for Gap to enter new markets if a U.S. developer already operates centers there? Is there a difference in negotiating agreements with foreign center owners versus U.S.-based landlords?

David Zoba: Yes, it makes it easier to enter new markets if a U.S. developer already operates centers there—in the rare instance that happens. There aren’t that many U.S. developers in foreign markets. There isn’t a big difference in negotiating agreements with foreign center owners vs. U.S.-based landlords. Every developer wants the same thing—a successful partner to enter into an agreement to bring a thriving business to their location and that’s what we offer around the world.

RT: How flexible do retailers have to be in order to open stores in some of these emerging markets?

David Zoba: Retailers have to be flexible in order to open stores in emerging markets. You have to follow local laws and customs, be sensitive to how things are built in that location, conduct business in the native language, etc. All our locations end up meeting consistent, high-quality Gap Inc. standards, but the way we get to that result differs in every market and requires us to be nimble and customize our approach every time.

RT: What do you hope will come out of this Retail Real Estate World Summit?

David Zoba: This is my third time attending the summit and I always find the Summit worthwhile. This year, I look forward to connecting with other attending retailers and key developers in markets we are exploring.

This year’s theme—the Globalization of Retail—is of particular relevance to the work we are doing at Gap Inc. And the panel I am chairing on Wednesday on Fulfilling Global Retailers Future Property Needs should be a lively and interesting session with panelists from Kidzania, Forever 21, List Fashion Group s. P.a., NIKE, and Subway International.