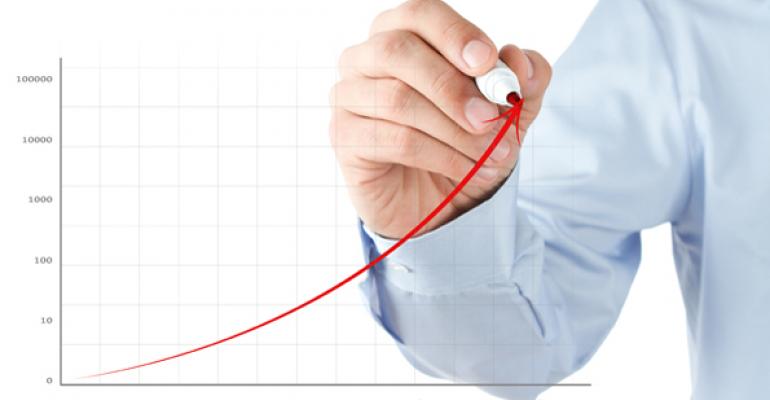 Buyers vying for net lease investment properties have been paying top dollar to win deals. But an increase in interest rates is already causing cap rates to creep higher and there could be more price adjustments ahead for 2017.

“Going into this year, the big question mark is going to be how much the recent rise in interest rates is going to affect the single tenant market, as well as investment sales overall,” says Britton Burdette, a director at the Stan Johnson Co. in Atlanta. During the fourth quarter, the 10-year Treasury yield increased about 80 basis points from 1.63 percent at the start of October to 2.45 at year-end and it continues to hover around that same level.

Pricing on net lease assets has been at all-time highs for the past two to three years, and many in the industry believe that higher interest rates will likely have a cooling effect on pricing and cap rates. In fact, there are signs a correction is already starting to occur. According to a fourth quarter report released by the brokerage firm The Boulder Group, cap rates for the single tenant net lease sector increased or remained the same for all three asset classes during the fourth quarter. Retail cap rates climbed a slight 9 basis points to 6.19 percent—their first increase since the third quarter of 2013. Cap rates for the industrial sector increased by 3 basis points to 7.17 percent, while cap rates in the office sector remained unchanged at 7.08 percent.

It is still a bit early to gauge the full impact of higher interest rates. “Overall, it hasn’t had a huge effect on demand or pricing quite yet. But that is something that we certainly expect to see a little later down the road,” says Gary Chou, first vice president and senior director at brokerage firm Matthews Real Estate Investment Services in Los Angeles.

For example, among the 40 to 50 active deals that Chou is working on currently, the increase in interest rates has only had an impact on one or two deals. There are a couple deals coming together where the buyer came in very aggressive and then re-evaluated their offer due to higher financing costs, he adds. “So it has had an effect, but it hasn’t had a drastic effect yet,” he says.

It also remains to be seen whether a shift in pricing expectations will slow sales activity. “Buyer demand is still very strong. There is still a lot of liquidity on the sidelines chasing solid assets,” says Chou. That being said, single tenant transaction volume has declined compared to the near record highs achieved in 2015. That could be a reflection of the bull run the market has been on in recent years, with a lot of opportunistic sellers that have already pulled the trigger and completed transactions.

Last year was another strong year for single tenant investment sales, with total transactions of $54.1 billion—on par with 2014. However, that volume fell short of 2015 by about 16 percent, according to research firm Real Capital Analytics (RCA), which tracks single tenant property sales valued at $2.5 million and higher.

Going forward, there could be some disconnect on pricing between buyers and sellers due to higher interest rates. Yet buyer demand remains strong even if yield parameters are a little bit different, says Burdette. Single tenant industrial assets are a highly sought after property type right now, especially properties that are e-commerce-related, Burdette adds. Private capital buyers are also being very aggressive on single tenant office properties.

Headlines about ongoing store closings have created a drag on retail sales. For example, Ruby Tuesday’s announced last year that it would shutter 95 stores across the country. Those announcements of restaurants and retailers that are closing stores, especially at a time when the economy is doing well, is going to make landlords and investors uneasy, says Chou. The retail sector of the net lease market saw the biggest decline in sales in 2016. Single tenant retail property sales dropped 24 percent last year to total $14.9 billion, according to RCA.

REIT buyers have been more disciplined of late, but individual 1031 investors remain very active in pursuing retail properties. And there are opportunistic buyers that are bidding on even distressed credit tenants with a focus on acquiring the solid underlying real estate. Other hot spots of activity in the retail sector are dollar stores and quick service restaurant chains—both of which are providing an ample supply of for-sale inventory due to continued expansion activity.

“I still think it is going to be a very active market in 2017,” says Burdette. There may be some slight upticks in cap rates, but overall cap rates are likely to hold relatively firm, he says. “Despite where cap rates are going to be or not be, we still see a very, very robust buyer demand still out in the market today,” he adds.