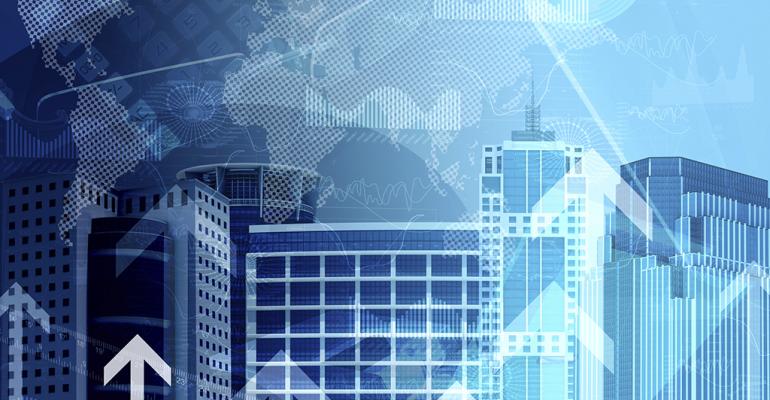 The first quarter of 2017 ended with about $11.43 billion in sales involving office, industrial and retail single-tenant net lease assets.

It seems there’s no investment sector safe from the current political uncertainty, including net lease assets. Investment sales volume in the sector in 2017 will likely end up flat with 2016 levels, industry sources say.

“Certainly, activity was down in the first quarter. We expect activity to end about flat this year; any movements will be nominal, at plus or minus 5 percent,” says Patrick Nutt, managing director at Calkain, a boutique net lease brokerage and advisory firm.

Investment sales volume is expected to pick up in the second and third quarters, sources say.

Many investors “assumed Clinton would be elected, and we would continue [Obama administration policies] in a low growth, low interest rate environment. When Trump won, investors retrenched, they had to understand what that meant micro-economically,” Nutt adds, noting Calkain observed about four months of investor hesitation to commit capital. Investors instead used their dollars to ride the equity markets. “The first quarter lull was a wait-and-see, with some people doubling down on the equity markets, but since about April, investment sales activity has picked up tremendously” says Nutt.

As a result of the slowdown in the first few months of 2017, investment sales volume for net lease assets will likely be the same as last year, notes Solomon Poretsky, executive vice president of organizational development at commercial real estate advisory firm SVN. “We got off to a slower start. I think we’ll catch up.”

This year presents a window of opportunity for investors, says Randy Blankstein, president of the Boulder Group, boutique investment real estate service firm specializing in single tenant net lease properties. As they relate to the Treasury, spreads are still positive, and net lease remains an attractive income-producing asset, he notes.

A first quarter report on the single-tenant market produced by research firm Real Capital Analytics (RCA) notes that “The forces driving interest rate increases should reduce the cash-flow risks presented by the occupiers of single-tenant assets. As such, one should not expect single-tenant cap rates to move up at a one-to-one basis with interest rates.”

Although net lease assets are sensitive to changes in interest rates, the sector has not seen a lot of impact so far this year, according to Poretsky. “The correlation between interest rates and cap rates in net lease is not as strong in the near- to mid-term. There is no meaningful significant upward pressure. Inflation is relatively low, the dollar is relatively strong and there is a strong desire on the part of the government to keep rates low to finance debt.”

However, investors are watching what will happen on the 1031 exchange front. About half of private buyers utilize the 1031 exchange structure, according to Nutt. In the first quarter, Calkain saw postponed closings on 1031 exchange transactions, and even a few terminated contracts, as investors waited to see what changes the Trump administration brought. But in a sign of strong demand, “four to six weeks later, they came back and wanted to buy, but by then the property was already sold,” Nutt says.

Recent retail sector troubles are not having a major impact on demand for net lease retail assets. Retailers who rely on net lease properties are not facing the same challenges as mall and power center tenants, Blankstein says, calling retail a “bifurcated market.”

“Fitness, gas station, casual dining, quick service—everyone wants these types of tenants. And they are all concentrated in net lease,” Blankstein says. Whereas five years ago, these tenants may have been considered too specialized and out of favor, now they are desirable, he says.

“Net lease as a whole is very insulated against the Amazon effect, but within the sector, it is very nuanced,” in terms of investor preference, according to Nutt. For instance, institutional investors “won’t consider the sports sector for the next 12 months,” he says. And today, nearly every dollar store location is being snapped up by private buyers, compared to 2014, when REITs were the dominant buyers of that asset type. By 2016, REIT allocation to dollar stores was full, Nutt says.

Retail assets primarily drove this trend, increasing 24.4 percent quarter-over-quarter in transaction quantity, the firm reports. But showing evidence of a softening market, sales volume for net lease retail properties in the first quarter declined 7.3 percent year-over-year. Office assets had just 2.8 percent more properties on the market this quarter compared to last. And industrial properties appear to be on investors’ hold list, with 1.2 percent fewer properties on the market than during the last quarter.

Some of the sell-off can be attributed to merchant developers, whose build cycles are now maturing, according to Nutt. “Merchant developers’ inventory today versus two to three years ago is up 40-50 percent,” Nutt says.

In addition, some of the REITs are selling off their net lease assets to take advantage of aggressive pricing, says Blankstein. Some private institutional funds are facing maturing loans and are choosing to sell as the debt matures as well, Nutt notes.