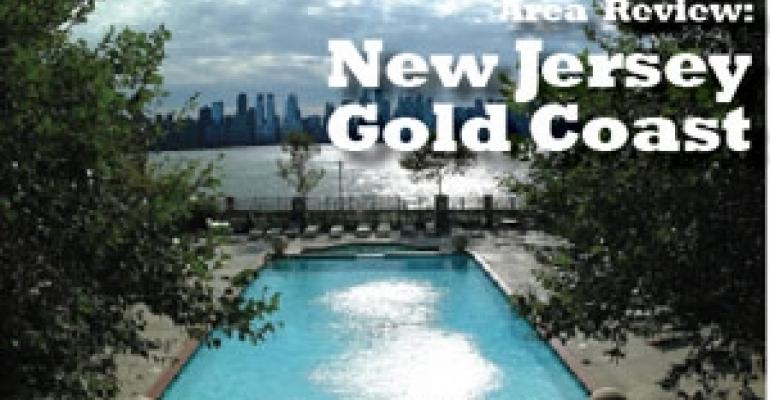 Clark Machemer, a New Jersey-based vice president of The Rockefeller Group, notes that the current trend for corporations and financial institutions to focus on real estate that offers access to talent and reduced costs is playing to the Gold Coast’s advantage.

David Stifelman, executive director, Cushman & Wakefield of New Jersey, says Gold Coast cities have fared well thanks in part to the Urban Transit Hub Tax Credit and the Grow New Jersey program, both of which have had a major impact in attracting businesses. And investors are being drawn to the Gold Coast for its abundance of both class-A space and cheap space in need of rehab.

“Because suburban office is generally out of favor, now is the time for many investors to get in,” says David Bernhaut, vice chairman, Cushman & Wakefield. “Nobody wants to look back and say, ‘We missed a great opportunity’ as the economy improves.”

Reflecting the trend of investors seeking either end of the class spectrum—looking for office space that is either pristine or bargain priced—is the activity being seen in the office market.

Bernhaut has noticed a focus on class-A and trophy properties as well as on CBD properties, which is a continuation of trends over the last 12 to 18 months. However, he says, because those assets are so well priced, some investors are being priced out of core assets and turning their attention to value-add or distressed deals. While many of the businesses targeting the Gold Coast are from New York, Stifelman has also seen tenants coming from western New Jersey, Connecticut, the Midwest and even California.

At 6 percent, the Gold Coast’s vacancy rate is the lowest in New Jersey, according to Cushman & Wakefield. Comparative office markets all have higher vacancy rates, with Morris County at 24 percent and Princeton, Edison and northern Bergen County also in the double digits. “The disparity is tied to the location,” he says, “and the waterfront has the clear advantage.”

Nicholas Hilton, senior associate, CBRE, notes a recent shift towards residential development. However, he adds, based on CBRE statistics, commercial use remains strong with an 11.1 percent availability rate for the waterfront compared to a statewide availability rate of 21.3 percent.

But the industrial market is also a bright spot, with leasing activity and demand both increasing, says Stan Danzig, executive director of Cushman & Wakefield in New Jersey. Although the Gold Coast typically trends towards offices rather than industrial space, there has been some significant market activity recently, notes Danzig.

Some companies are taking advantage. Anheuser-Busch, for one, just acquired 101 Linden Avenue East in Jersey City, a 58,511-sq.-ft. facility, for $9.3 million—its second recent multimillion-dollar purchase there.

Another recent transaction that has buoyed Jersey City’s industrial market was the purchase of a $1.7 million, 12,000-sq.-ft. property by 1064 Realty Corp. But the Gold Coast’s highlights are clearly the multifamily and mixed-use markets.

“The trend to rentals and the accelerated rate of absorption of these rentals has been a boost to the construction in the marketplace,” says Michael Fasano, vice president and regional manager with Marcus & Millichap. “One project that went live in Weehawken—over 300 units—in spring of 2011 was absorbed and leased up by the close of 2011,” he says. “Barring any unknown, global or national events, we look for continued growth along the Gold Coast in 2012 into 2013 and we expect multifamily to continue to lead the way, benefiting construction projects and employment opportunities in support of these projects.”

According to CoStar Group research, in the first quarter of 2012, vacancy of industrial space for lease totaled 10.7 percent, 2.5 percent down from a year prior. But Eugene Diaz, principal, Prism Capital Partners LLC, predicts leasing will pick up and continue into 2013. He has noted an increase in hiring among small- to mid-sized companies that isn’t showing up in market metrics.

Danzig is also optimistic. He says companies have “done everything possible to cut savings out of their supply chain and out of their existing operations and are now having to make major capital decisions, of which one is fulfilling their space needs.”