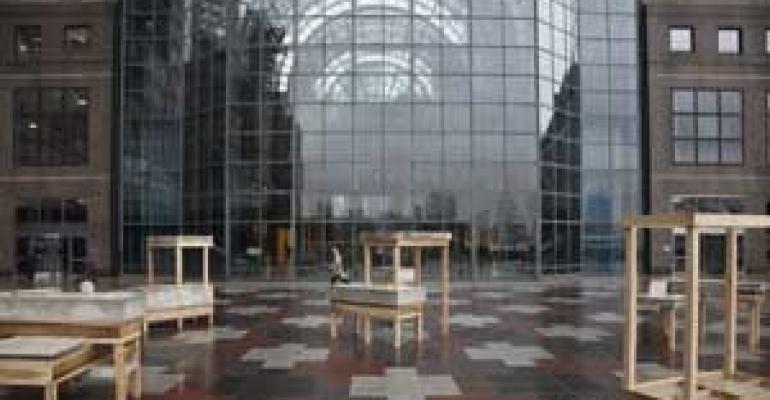 On view through March 29, the World Financial Center Plaza sculpture, entitled "Before my birth," relates to the artist’s Triennial project, "A person loved me (2012)," a site specific sculpture for the fourth floor of the New Museum.

The 2012 New Museum Triennial is the only recurring exhibition in the United States devoted to presenting young artists from around the globe. “The Ungovernables” is the Museum’s second Triennial and will feature 34 artists, artist groups, and temporary collectives. It opened to the public on February 15, 2012. The participating artists all were born between the mid-1970s and mid-1980s, and most have never before exhibited in the US.

"Adrian Villar Rojas's work imagines the world through the eyes of the inhabitants of different worlds, and this new sculpture promises to offer a new perspective on the World Financial Center Plaza," said Debra Simon, artistic director of Arts Brookfield.

Villar Rojas is known for his massive site-specific sculptures that reflect a fascination with parallel universes and outsized alternative worlds. Last year, Villar Rojas became the youngest artist ever to represent Argentina in the Venice Biennale, where he was awarded the Benesse Prize for pioneering young artists for his installation, The Murderer of Your Heritage.