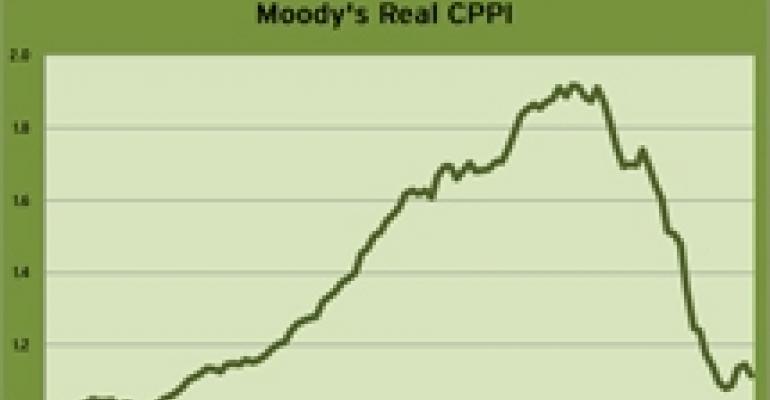 Moody's reported that the Moody’s/REAL All Property Type Aggregate Index declined 2.6 percent in February after rising in each of the three previous months.

Moody’s had cautioned that the price increases witnessed from November to January were not sustainable. According to the report, “With continued low volume in February and a larger proportion of repeat-sales considered distressed, it is unsurprising that prices have once again headed lower.”

In addition, Moody’s noted that, “The share of distressed sales in the repeat-sales transaction database has increased significantly over the last year. In early 2009, less than 20 percent of repeat-sales were identified as distressed. In February of this year, that proportion reached nearly one-third.”

The index—which includes all property types—is updated monthly. In addition, Moody’s publishes a quarterly index by property type. Through the fourth quarter of 2009, the retail index stood at 139.61. It is down 19.0 percent year over year and dropped 1.5 percent from the prior quarter. The index, however is still slightly above the low reached in the second quarter of 2009. Overall, the retail index is down 28.5 percent from its peak.