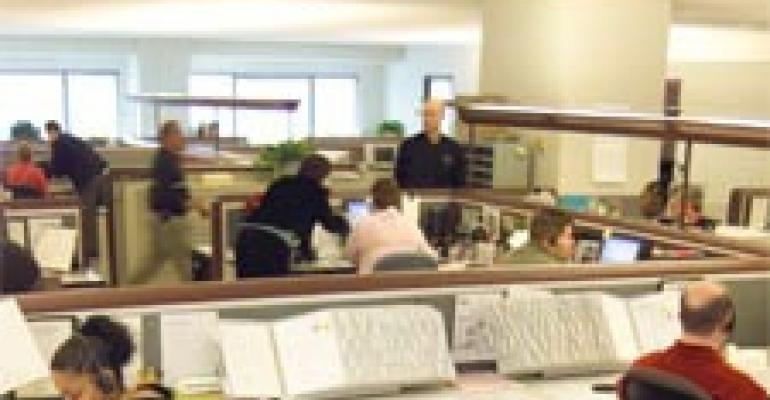 How’s this for asleep-at-the-wheel marketing: A new study indicates that just 22% of all calls to apartment offices that are captured by voicemail or answering services are returned within 48 hours. And just 56% of the calls to those offices during business hours are answered by an on-site employee.

Those are two of the most eye-opening findings in a study by SatisFacts Research LLC designed to gauge the responsiveness of apartment owners and managers to phone inquiries from prospective tenants. At the heart of the study were phone calls made to 1,715 properties across the country that are owned or managed by 45 companies. None of the companies had outsourced or internal call centers.

Steve Winn, chairman, president and CEO of RealPage Inc., was astounded by the results of the study, which was commissioned by his Carrollton, Texas-based company. RealPage provides software and services to the multi-housing industry.

“I knew it was bad. But I didn’t realize that it was that bad,” Winn says. “The problem is the phones are just not answered regularly, the selling message is not consistent, the follow-up is not timely.”

To avoid missing those phone calls from prospects — and that potential leasing revenue — apartment owners and managers are increasingly adopting technology to field these requests. Fairfield Residential LLC, for instance, depends on a call center operated by RealPage to answer overflow or after-hours calls and to respond to email queries. Other vendors offering call-center software and services for the multi-housing industry include CallSource Inc., Level One Inc. and Who’s Calling Inc.

Apartment owner and manager Home Properties Inc. went a step further: It set up its own call center to deal with phone and email traffic.

In the case of Fairfield Residential, updating its systems to route after-hours and overflow calls — when an office’s leasing agents are swamped, for instance — to the RealPage call center in Texas has resulted in 20% more leads that have turned into sales prospects. Previously, calls not answered by on-site leasing agents went to voicemail or answering services, and were at risk of not being converted into prospects. “That’s a significant amount of leasing opportunity that we were missing before,” says Sue Garcia, vice president of marketing and training at Fairfield.

About 100 people work at the 24-hour-a-day call center used by Fairfield. The call center is part of RealPage’s CrossFire division, which offers sales and marketing software and services for multi-housing customers. Aside from Fairfield, other CrossFire customers include Flournoy Cos., The Goodman Group, S.L. Nusbaum Realty Co. and Pacific Living Properties Inc.

Calls come to CrossFire through various toll-free numbers assigned to properties. Once a CrossFire agent answers a call with a greeting that identifies the property being contacted, various information about that apartment complex pops up on the agent’s computer screen. The agent can offer details about floor plans, rental rates, amenities and other features of that property, as if the agent were on-site. To help seal the deal, the agent encourages the prospect to make an appointment to visit the property.

“This is more than ‘Let’s go answer the phone,’” Fortinberry says.

In August, Fairfield signed 55 leases that originated through phone calls (60%) or emails (40%) handled by CrossFire, according to Garcia. In May, CrossFire took about 7,000 calls from prospective Fairfield tenants and about 3,700 maintenance calls from Fairfield residents. Fairfield, with dual headquarters in San Diego and Grand Prairie, Texas, owns or manages 180 properties in nine states and Washington, D.C.

Before Fairfield hired CrossFire, roughly half of all emails from prospects weren’t answered within 24 hours, Garcia says. According to a test of 100 Fairfield properties conducted in August, 99% of email inquiries received responses from CrossFire workers within 90 minutes, she says.

Ridge says Home Properties is enjoying similar success handling a rising tide of emails. In August, the in-house call center — staffed around the clock by 23 employees — took an average of 0.9 hours to respond to emails, down from one hour the month before and 1.2 to 1.4 hours during the previous two months. In July, the call center answered 2,690 emails and took 33,270 after-hours or overflow phone calls, Ridge says.

“We want to make it as easy as possible for you to contact us,” Ridge says.

More contact can also translate into more cash flow, RealPage’s Winn says. He’s heard some apartment owners or operators say that they don’t need to answer their phones when their properties are at or near full occupancy. But that way of thinking ignores the reality that there’s always room for more demand, he says. Higher demand can justify a hike in rental rates or a toughening of potential tenants’ credit criteria.

“Do you ever have too much demand? No,” Winn declares. “The way I like to talk about it is: Can you ever think of a situation where you have too much money?”