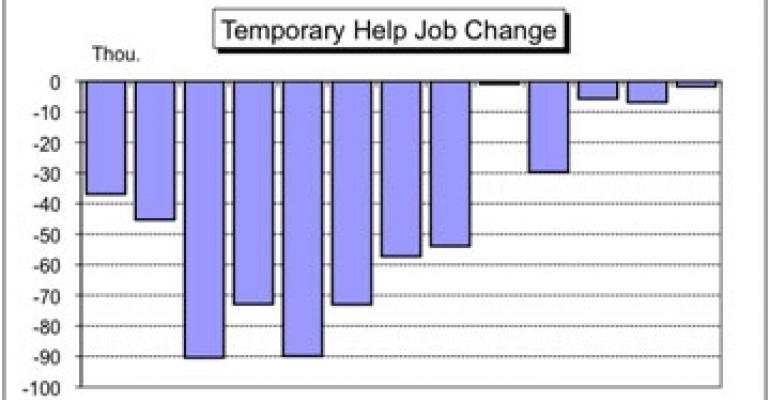 Hopes for a brisk return to health in the U.S. labor market and commercial real estate were dealt a setback Friday morning when the Bureau of Labor Statistics (BLS) reported that non-farm payrolls fell by a worse than expected 263,000 in September. The consensus among economists prior to release of the jobs report had been for non-farm payrolls to drop by approximately 175,000.

“The report suggests that it doesn’t look like it’s going to be a vigorous recovery. It does look like a jobless recovery,” says Robert Bach, chief economist with real estate services provider Grubb & Ellis. “As far as commercial real estate, it suggests the leasing markets are not close to a bottom yet.”

The national unemployment rate rose one-tenth of a percentage point and now stands at 9.8%, a 26-year high. Since December 2007, total non-farm payrolls have fallen by 7.2 million. The number of persons classified as long-term unemployed — those jobless for 27 weeks or more — rose by 450,000 to 5.4 million.

Already suffering under the weight of rising vacancies, falling revenues and a crippling credit crunch, the latest BLS report adds insult to injury for the commercial real estate sector.

“It is the No.1 indicator, especially in terms of demand for office space,” says Bach of the jobs report. “For retail it’s important because people can’t do home equity withdrawals anymore. Their stock portfolios are down. Wages are it — that’s where spending comes from now.”

The weak employment report is a setback for apartment owners and operators. “New college graduates can’t find jobs. The storyline there is that they will either move home or get roommates,” says Bach.

The disappointing jobs report also hurts the industrial warehouse sector because employment losses have a negative impact on consumer spending. “That can translate into slower growth of imports, which is not good for activity in port markets,” according to Bach.

The leisure and hospitality segment, which has already contracted sharply due to a reduction in room demand, took a hit in September with total employment falling by 9,000.

While job losses of any magnitude are not good news, Bach points to some mitigating factors:

--On a quarterly basis, the trend continues to be that the rate of job losses is slowing. During the first quarter of 2009, monthly job losses averaged 691,000. In the second quarter, monthly job losses averaged 428,000. The third quarter showed significant improvement with job losses averaging 256,000 per month. Those totals are still subject to revision. --The health care sector continues to grow, adding 19,200 jobs in September. Since 1990, the sector has suffered a net job loss in only one month, July 2003. The health care segment has added 559,000 jobs since the beginning of the recession, according to BLS. --While painful for Main Street, a sluggish labor market is a key ingredient to maintaining lower interest rates, oil prices and inflation.

While the total number of temporary workers did fall by 1,700 to 1,736,600 in September, that’s the smallest decline this year, says Bach, and a positive sign for the employment market as a whole.