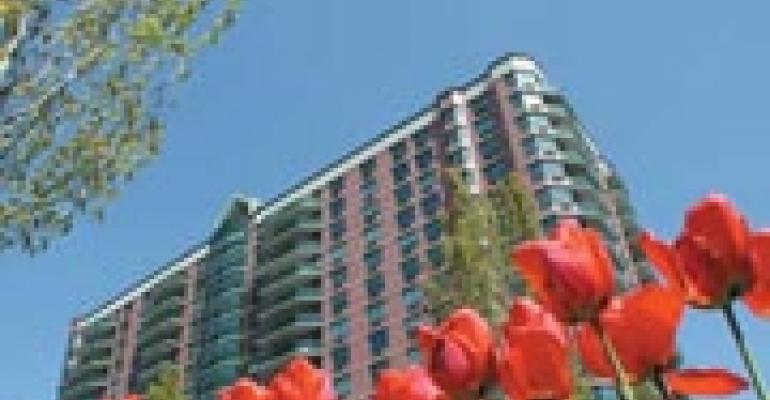 Institutional investors are notoriously mum when it comes to divulging specifics about their investment strategies. But the California State Teachers’ Retirement System, better known as CalSTRS, has a fairly open-book policy when it comes to informing its members about the inner workings of its real estate investment portfolio.

Recently Sacramento-based CalSTRS has had a lot to talk about. Earlier this year, the nation’s second-largest pension fund, with $175 billion in assets under management, made headlines when it formed two new joint ventures with Chicago-based First Industrial Realty Trust. FirstCal Industrial Europe LLC will invest up to $475 million in properties and land in European markets, while FirstCal Industrial Canada LLC will invest up to $285 million in Canadian markets.

In other recent news, last fall a joint venture between CalSTRS and New York-based developer Larry Silverstein announced the start of development on a residential and hotel tower at 99 Church Street in downtown Manhattan.

CalSTRS’ growth has been so dramatic, in fact, that last December, the fund hired The Townsend Group of Cleveland to advise its investment committee on overall real estate strategy, policies and practices. Townsend advises 19 of the top 36 U.S. pension funds which retain a real estate consultant.

The fund’s current allocation for real estate investment is 9% of its total investment portfolio, with a long term goal of 11%. As stated in its latest report, “The primary role of investment real estate is to improve diversification of the overall portfolio. Secondary objectives are to generate an enhanced yield to the actuarial plan rate assumption and to provide stable cash flows.”

Compared to the benchmark National Council of Real Estate Investment Fiduciaries (NCREIF) index, CalSTRS’ core fund diversification by property type shows a bit less favor for apartments and retail, and more weighting in the office and industrial sectors. Looking at the numbers, apartments account for 14% of CalSTRS’ core assets versus a NCREIF weighting of 23%. Office assets account for 51% of the pool versus 38% for NCREIF. Industrial tallies 19% of assets versus 16%. And retail comes in at just 11% versus 22% for NCREIF.

From a geographic diversification standpoint, the bulk of CalSTRS’ real estate investments are located in – surprise – the West (40%), followed by the East (30%). These percentages closely track NCREIF’s standards.

For its tactical investment strategy, CalSTRS’ outstanding commitments by property category – international, opportunistic, urban, specialty, and land – show a weighting toward the international (25%) and specialty (36%) areas.

Investment activity in the fourth quarter of 2007 focused on expanding existing relationships. Noteworthy investments included an increase in the fund’s commitments to the industrial sector, to the tune of $540 million in both the core and tactical areas. CalSTRS also committed $100 million to its long-time office partner, Los Angeles-based Thomas Properties Group, as part of its ongoing “green” office building strategy.

CalSTRS reaffirmed its belief in the industrial sector for its core investing strategy, as evidenced by its increased commitments to two joint venture deals. In November, CalSTRS pumped an extra $200 million into its $1.6 billion joint venture fund with First Industrial Realty Trust, called FirstCal 3 LLC. That same month, it increased its commitment by $100 million to another industrial joint venture dubbed SeaCal LLC.

With its two apartment building assets, CalSTRS held each of the Mariner’s Cove properties for nearly seven years, garnering IRRs of 17% and 13%, and pocketing substantial gains of 48% and 60% on the property sales.