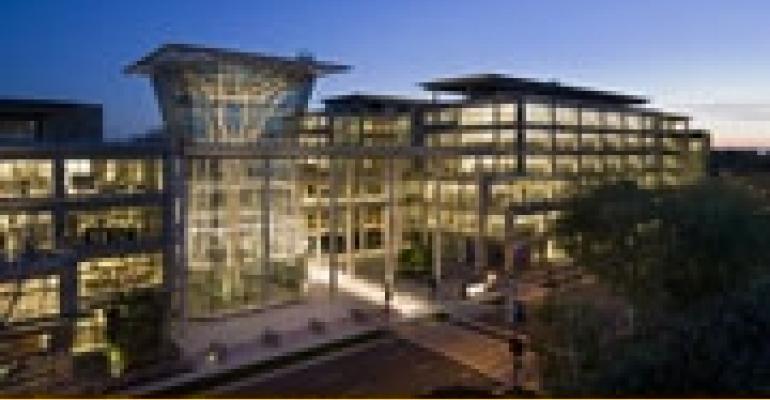 Can CalPERS Get Its Mojo Back?

Life at the nation’s largest pension fund is anything but peaceful these days. This year alone, the California Public Employees’ Retirement System, or CalPERS, has seen the defection of three of its top executives, including senior investment officer Christianna Wood, chief investment officer Russell Read and most recently the retirement of CEO Fred Buenrostro. The last two announcements were only a week apart in April.

With some $244 billion in assets under management, including a $20 billion commercial real estate portfolio, CalPERS is the largest institutional player in the United States, and, its internal movements are closely watched by the entire institutional investor community. Late last year, CalPERS raised its real estate investment target from 8% to 10%. To date, however, the system is still only 8.5% invested in real estate assets. That allocation level is expected to increase later this year given less competition in the marketplace.

The most closely watched recent defection is that of Read, who had been CalPERS’ chief investment officer for less than two years. In that brief time, he had quickly and dramatically shifted the organization’s investment strategy to include riskier but potentially higher-yielding stakes in private-equity firms, foreign stocks, Asian real estate and commodities.

Read also made a significant bet in developing infrastructures, creating a new program focusing on shipping, transportation, and fuel and electricity production. This became a stumbling block for the largely unionized CalPERS membership, which saw the move as reinforcing the threat of private competition for public works projects.

In his April resignation announcement, Read said he was leaving to pursue environmental investments in clean technologies, also known as “green tech”. He officially leaves on June 30, but has already floated plans to create a fund to invest in startup firms that could turn timber into fuel.

“The capital needs for environmentally related investing will be central to the capital markets over the coming 20 years due to pressure in the commodities markets, exploding demand for natural resources in developing countries and consequent environmental challenges," Read said in a recent interview.

Read is succeeded, on an interim basis anyway, by CalPERS chief operating investment officer Anne Stausboll, who has been with the group since 2004. Stausboll is a former deputy treasury secretary for the state of California and is well versed in the real estate investment markets.

She is also conversant with the state’s politics. Many CalPERS watchers believe that fact has been at the root of the recent management defections, which reached a peak with the CEO Buenrostro’s retirement announcement. Insiders say the board pressured him to leave, claiming he was pushing a politically motivated investment agenda and risking losing valuable internal talent to the private sector.

Buenrostro is familiar to California investing, having served as CalPERS’ CEO since December 2002 after 15 years on the system’s board. He also served 11 years on the board of the California State Teachers’ Retirement System.

Though financial results are important indicators of management’s worthiness, much of the change in the C-suite has been the result of opportunity in the private sector.

CalPERS reported that it lost 1.2% in the 12-month period ending Feb. 29, but has generated an average annual return of 14.2% over the last five years. Meanwhile, in the fiscal year ending June 2007, Buenrostro’s total compensation was just over $300,000 while Read took home around $900,000. The fund's investment gain over that time was $40.7 billion.

For its part, CalPERS’ board is moving ahead with management replacements and the aggressive corporate governance initiatives championed by Read. In April, CalPERS senior portfolio manager of corporate governance, Dennis Johnson, was elected chair of the Council of Institutional Investors.

CalPERS’ board also has approved plans to push for greater diversity in the boards of corporations with whom it invests. The board has also endorsed a bill before California lawmakers that would specifically create — for publicly held companies that do business with the state — a standard on disclosing information about climate change-related activities.

“As institutional investors, we need solid information about a company's environmental risks and opportunities so that we can grow our bottom line while shrinking our carbon footprint,” said board member and state controller John Chiang.

Another recent development could have even more far-reaching impact on the system. California Gov. Arnold Schwarzenegger is supporting a new proposal to open CalPERS to private sector businesses and workers to encourage Californians to save more for retirement. The proposal is part of a bill created by Assemblyman Kevin de León (D-Los Angeles).

Under the plan, Californians whose employers don’t offer retirement savings plans could put money into the California Employee Savings Program. Employers without retirement plans could also participate. The retirement plan could be taken by the worker from job to job. If the plan is approved by the Internal Revenue Service, CalPERS would administer it with fees paid by account holders.

Several other states have considered similar programs. But de León’s office said California would be the first to put one in place.

The union representing the largest contingent of state workers said it was taking a cautious approach. “We’re very happy with CalPERs as far as it being a safe, reliable investment vehicle for pensions,” said Jim Zamora, spokesman for Service Employees International Union Local 1000, which represents 92,500 state workers. “We don't want to see any legislation passed that would weaken that.”