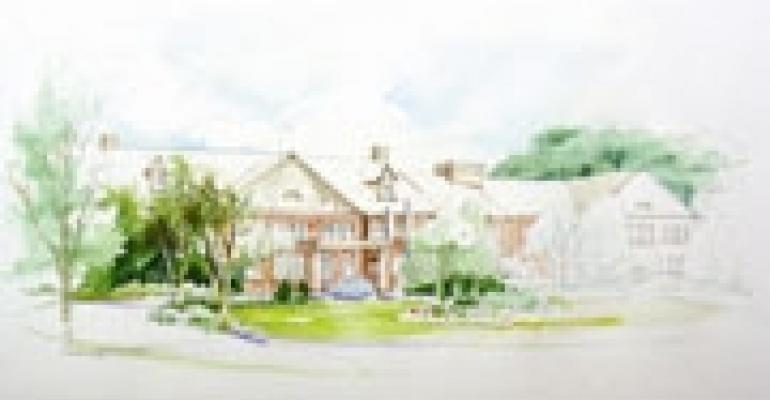 As a strong year unfolds for the continuing care industry, it's little surprise Erickson Retirement Communities is on an expansion spree. Construction recently started at Ashby Ponds, Erickson's third project in the Washington, D.C. area. When complete, the $400 million, 132-acre development near Dulles Airport in Ashburn, Va. will accommodate 2,000 residents.

"Whenever we build a project, we create a market and we end up with a waiting list," explains John C. Erickson, company chairman and CEO. "So we look for second and sometimes third sites in markets."

But the company based in Catonsville, Md. isn't stopping there. With 18 campuses in nine states and 18,000 residents, Erickson Retirement Communities has new projects opening this year in Denver and Kansas City. It also has plans to add projects in Cincinnati, San Antonio, Hartford, Conn., Providence, R.I., as well as a third property in the Boston area.

The company recently bought land for its first community in Hilliard, Ohio, near Columbus. And in April, Erickson opened a development office in Orange County, Calif. to explore new markets in the far West where the company currently has no projects.

The expansion comes at a good time for the industry. A strong demand for services, fueled by an aging population with assets should produce solid cash flows at continuing care projects throughout 2007, according to a recent report by Fitch Ratings, New York.

While many CCRCs cater to wealthy seniors, Erickson targets middle-income seniors who want to live in a big community with lots of services and activities. Erickson builds the project and then, when the project is complete, transfers ownership to a non-profit entity. Erickson continues to act as property manager, taking a 5% fee of operating income, says Mr. Erickson.

Most CCRCs refund 90% of the entry fee. But Erickson offers its residents a 100% refundable fee. It's returned when the apartment is re-rented after the resident leaves the community, or dies. If the unit is resold at a higher price than the original, the difference goes to the non-profit entity that owns the real estate. Existing communities typically generate about $10 million annually, about half from operating revenue and half from resales of units.

"Erickson has done a good job of marketing and keeping these big communities full," says LeBuhn at Fitch Ratings. "They have economies of scale and a low amount of debt."

The typical Erickson resident’s age is 75. In order to pay the entry fee, the resident usually sells a home (without a mortgage) worth about $200,000 to $300,000. About half the proceeds are used to pay the entry fee, and the other half is banked to provide interest income. "Anyone with home equity and social security can get into one of our communities," says John Erickson.

A typical couple at an Erickson community has an annual income of about $35,000, John Erickson notes. Entry fees vary depending on the location, but start at about $150,000 for a one-bedroom apartment.

In 2006, Erickson's sales revenue from the units totaled $800 million. Mr. Erickson expects this year to have sales of about $1 billion, with another $600 million in operating revenue. Company net revenues last year were about $150 million, he says.

Though analysts believe the continuing care market will do well going forward, concerns are growing that a slow housing market could impact project sales. If seniors can't sell their homes, or can't sell at the price they want, then they can't pay the community entry fee. "We haven't seen a depressed housing market in a long time, so we have no experience to draw on," says LeBuhn at Fitch.

Meanwhile, Erickson is expanding its business model. This year, the company started a television network for seniors, promoting a positive message on aging. "Retirement Living" is distributed through cable outlets and via satellite. It airs daytime programming in about one-quarter of the country, Mr. Erickson says. He expects to roll out a national broadcast in July.

Also this year, Erickson began offering its residents a health plan. Under a pilot program, authorized and paid for by Medicare, residents receive care with an emphasis on prevention. Currently, about 10% of Erickson's residents have joined the plan. Mr. Erickson expects to grow the group by about 10% a year.