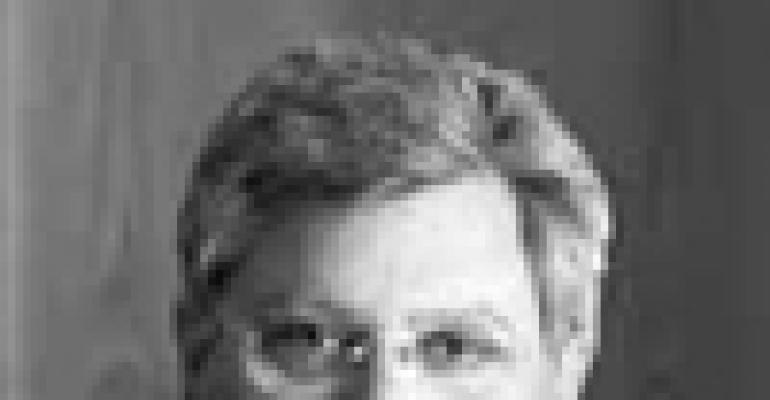 As Good As It Gets

After nearly three years of amazing performance by the retail real estate business, executives at the annual ICSC convention in Las Vegas were talking almost wistfully about the end of the good old days: Someday soon, they say, this cycle has to wind down.

“We’re due for a downturn,” says Greg Maloney, CEO of Jones Lang Lasalle retail.
Nobody is talking about a catastrophic collapse, but there is a clear sense that money is beginning to cycle out of retail projects and into other sectors of commercial real estate.
Harvey Green, CEO and President of brokers Marcus & Millichap says he subscribes to the theory that the Federal Reserve’s tightening is now directed specifically at easing the real estate bubble-especially in residential housing.

And just as low interest rates helped retailers and retail estate over the past two or three years, higher rates will hit them hard on the way down. Homeowners will no longer be able to refinance and take money to the mall and that will hit the stores and the centers where they pay rent. “There’s no question that this spendable equity has driven retail,” he says.
Green says he sees investors moving money into other real estate assets and suggests that multi-family might be a target. As the interest-rate environment changes and purchasing homes becomes more difficult, rental demand should grow, he figures. Green says he still sees opportunity in retail, but mostly in value-added situations. At today’s prices, it does not pay to purchase top-performing properties in top markets, because there is little chance of extracting higher value. So, he sees the action shifting to B and C properties. “With an A property, there’s nothing you need to do with it,” he says.

Mike Myatt, executive managing director of Pacific Security Capital, a Portland (Ore.)-based real estate investment bank, says he sees the shift in sentiment away from retail as well. “You’re going to see some asset class rotation at this point,” he says. “And, quite candidly, it’s probably good news.” How so? Myatt says it will help relieve the feeding frenzy, reduce upward pressure on prices and help cap rates move back to a more sustainable level. Like Green, he sees the action within retail shifting toward properties that need renovation, retenanting or even total repositioning. “It’s a much more brilliant play than buying stuff at compressed cap rates,” he says. Myatt sees money moving from retail into some office markets, as well as into hotels and industrial.