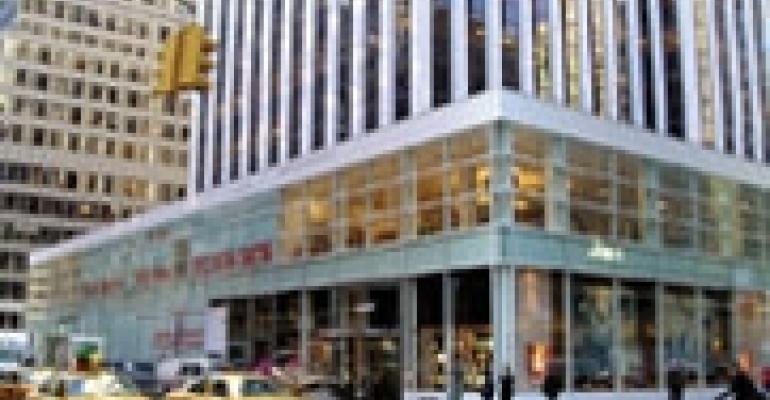 This quandary is known as the “denominator effect.” As the value of different asset classes — stocks and bonds for example — falls, the value of allocations to other assets, including commercial real estate, rises above allocation targets, triggering needed adjustments, i.e. sales. But the sales market for real estate assets has come to a virtual standstill as investors wait for the gap between buyer and seller pricing expectations to narrow.

While waiting, some pension fund advisors have begun telling clients to cut back on future funding to commercial real estate. Recently the City and County of San Francisco Employees’ Retirement System (SFER) reduced its target allocation to real estate by 73%, from $750 million to only $200 million in its next fiscal year beginning in July. SFER’s advisor, the Townsend Group, also recommended that the fund invest only in non-core assets.

“By all accounts, large sums of equity capital from foreign and domestic sources remain available [to invest in commercial real estate] but appear content to sit on the sidelines for now,” according to a recent research report from Parsippany, N.J.-based Prudential Real Estate Investors. The report also notes that core funds are seeing more withdrawals as more pension funds grapple with over-allocations to real estate caused by the sharp downturn in the equity and bond markets over the past year. “It’s been a long time since core funds had queues of investors trying to get out, but the risk that many of the large open-end commingled funds will be in such a position by year-end has increased.”

According to New York-based researcher Real Capital Analytics, institutions have slowed their acquisition pace dramatically in 2008, with only $4.9 billion in office building transactions in April, down 80% from a year ago. And if history is any indicator, pension funds and others will lag any upturn in the markets.

“Institutional investors are notoriously slow to react and are usually followers as opposed to leaders,” says Robert White, president of Real Capital Analytics. That was the case in 2003 and 2004, when institutions stayed out of the market as more opportunistic investors waded in. “Like everyone else, they want greater clarity of where the economy is going. They really didn’t start to become active in a big way until 2005 and 2006, well into the bull run,” says White.

That experience looks to have taken hold in the present market environment. “At this point, investors are wary of becoming buyers too soon rather than responding to any urgency over concern that they will miss the upside,” says Sam Chandan, chief economist and senior vice president at New York-based Reis.

The recent sale of the General Motors Building in Midtown Manhattan for an estimated $2.9 billion has given some sellers a tiny sliver of hope, but most observers don’t believe it was a seminal event that will uncork an explosion in deal making.

“No doubt the sale is a good sign, especially at that price, but I don’t think it’s going to be a strong signal to the market since it is such a special, one-of-a-kind property,” says White.

Chandan agrees. “There are few conclusions that can be drawn from its sale — the roster of participants to the transaction or the structure of the financing that are directly relevant for more common properties available for sale.”

As White puts it, “There was a lot of ego in that deal, not necessarily economics.”