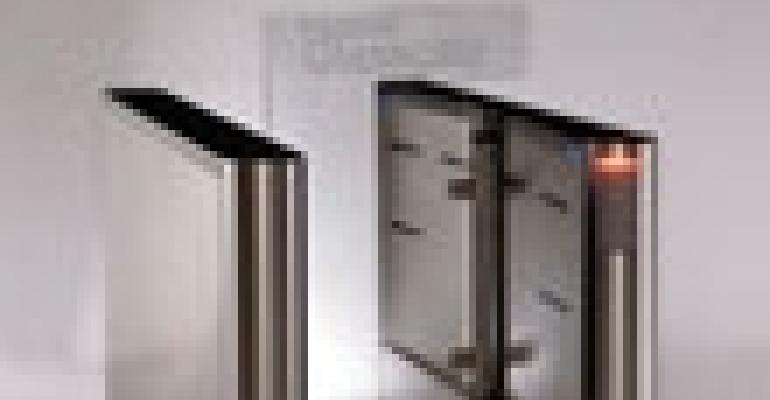 The 9/11 attacks in Manhattan and Washington, D.C. led many building owners and managers to upgrade their security protocols and systems. Surveillance cameras, lobby turnstiles and other high-tech security measures became commonplace features within many large properties.

Yet while experts generally agree that U.S. buildings are safer than they were before 9/11, they also warn that many building owners and managers have grown complacent on security issues since the attacks. That’s particularly disturbing in light of a recent warning from the federal government that al-Qaeda remains bent on carrying out “visually dramatic mass-casualty attacks” against domestic targets.

But a vague threat seems to have triggered a vague response: Many building owners and managers are taking a wait-and-see attitude on costly security upgrades, says Lauris Freidenfelds, vice president of Chicago-based security consulting firm Sako & Associates Inc. In fact, Jon Schmidt, director of antiterrorism services at construction services firm Burns & McDonnell Inc. in Kansas City, Mo. and a board member of the Building Security Council, says he thinks it will take another U.S. attack to once again grab the attention of the country’s $5 trillion commercial real estate sector.

Richard Kadzis, special projects director for corporate real estate group CoreNet Global, points out that building security measures are “only as good as the public infrastructure that complements them.” Kadzis says it’s probably not so surprising that building owners and managers still are trying to meet 9/11 security challenges. “It’s only six years later,” he says. “We’re still adjusting.”

Future adjustments, however, may not include high-tech security measures. “With regard to 9/11, I think that building managers have identified that technology will have little or no benefit in deterring a terrorist event. Therefore, building managers are reluctant to invest in equipment that will have nominal effects,” says Sean Ahrens, senior security consultant at Schirmer Engineering Corp. in Deerfield, Ill.

Cosmetics also play a role, as some businesses fear that their workplaces will resemble fortified bunkers with the addition of these systems, says Donald Young, vice president of the International Facility Management Association (IFMA) in Houston.

But some owners and managers are still in the market for security technology, and vendors keep rolling out more sophisticated products. According to the Building Owners and Managers Association International (BOMA), spending on all types of security in private buildings climbed from 49 cents per sq. ft. in 2002 to 63 cents in 2007.

Among the vendors seeking to capitalize on that additional spending are Kastle Systems International LLC of Culver City, Calif. and Smarter Security Systems Ltd. of Austin, Texas.

Recently, Kastle Systems introduced Visitor Link, a system that lets tenants and building managers preauthorize guests by registering them on a central database over the Internet. Registered visitors can check in at a self-service kiosk or a security desk. A visitor’s driver license or credit card is scanned, then an ID badge is printed. The badge can be used in conjunction with building access technology to activate turnstiles, open doors and operate elevators.

Ellsworth says buildings in Eastern and Northern cities have adopted security technology more readily that those in Southern and Western cities. The stragglers, he says, “have more of an attitude that the problems will hit New York before reaching them.”

Whether you’re in New York or New Mexico, relying too heavily on technology as a “silver bullet” to ward off terrorists is the wrong approach, says Ahrens, the Schirmer Engineering consultant.

“The best approach is to layer technical, physical and operational security as part of an overall security program to deter, delay or possibly detect the event before it occurs. We want to make the aggressor conclude that he will be caught, and move on to an easier target,” Ahrens says. “In essence, a commercial building’s security is only as good as its weakest neighbor.”

In a bid to make building owners and managers more proactive and vigilant, the Building Security Council was formed in 2005. Last November, the council created the Building Security Certified Professional designation for licensed engineers, architects and others. To earn the designation, professionals must pass an exam testing their knowledge of risk assessment, facility operations and other aspects of building security. As of early August, 46 people had earned the designation.

Next year, the Building Security Council is scheduled to launch the Building Security Rating Program. The voluntary program will enable owners and managers to evaluate and improve the security of their buildings. Owners and managers of rated buildings will be exempt from many third-party liability claims following a terrorist attack, the council says.

“The efforts to improve the security of state, municipal and privately owned buildings are largely uncoordinated, ineffective or nonexistent,” the Building Security Council says in a statement. “With respect to security, building owners face a daunting matrix of choices, costs and ill-defined benefits. They generally have no methodology for pursuing a balanced approach to security and no way of measuring the success of any such efforts.”