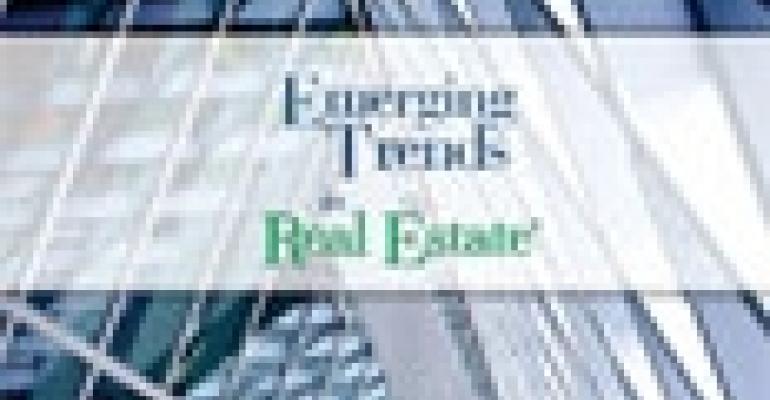 A Not So Great 2008: Emerging Trends Report

Commercial real estate investors and developers should brace for more uncertainty in 2008 as fundamentals and pricing continue to soften, based on the newly released Emerging Trends in Real Estate 2008 report.

Much of the report states the obvious. For instance, more than 78% of all respondents expect to see more stringent underwriting practices in 2008.

Even so, more than half of respondents believe that real estate investments will still outperform U.S. stock and bond markets next year. They also expect “ample capital sources” to cushion the property markets, a view that’s hardly synonymous with prospects of tighter underwriting.

“The commercial real estate market has been going full throttle for several years with easy money and low interest rates [leading to] questionable lending practices and highly leveraged spending,” says Tim Conlon, who leads the U.S. real estate practice at PricewaterhouseCoopers. “But the run went on too long for some participants.” That explain why Conlon believes a correction could be good for the industry by curbing over-development and flushing out naïve investors.

Beyond general trends, respondents were also asked to pinpoint markets that are poised to outperform in 2008. All of the top picks shared the following traits: a major international airport, an educated workforce and walkable residential neighborhoods. These “markets to watch” have attracted corporate headquarters by luring so-called business elites into their cities.

Other markets to watch include: