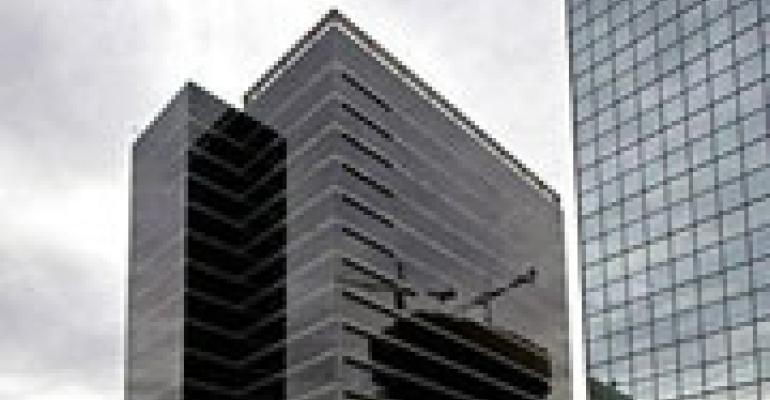 In a world of daily cutbacks on everything but the price of oil, perhaps it was inevitable that the nation’s leading pension funds would find themselves in the same dilemma when it comes to their real estate investments.

As the investment markets in general have become more bearish — particularly stocks, which have hammered fund returns this year — internal fund managers are closely inspecting their real estate strategies, and for good reason.

According to a recent study of 50 of the nation’s top pension funds by Chicago-based financial services firm Northern Trust, U.S. and foreign stock performance produced negative 7% returns over the 11 months ended June 30. During the same period pension funds saw their real estate assets produce an 11% return.

Real estate stocks have been another drag. The Dow Jones Equity All REIT Total Return index, which tracks 118 equity real estate investment trusts, fell 4.9% in the second quarter compared with a 1.4% gain in the first quarter. That second-quarter performance lagged behind the broader S&P 500 index, which saw a 2.7% decline.

At the nation’s largest pension fund, the California Public Employees’ Retirement System, or CalPERS, some 80 outside managers oversee the fund’s $19.6 billion real estate portfolio. But last year San Francisco-based PCA Real Estate Advisors Inc. pitched CalPERS’ board of directors on the idea of investing more money with fewer advisors, an approach that was ratified in the plan’s 2008 budgeting.

The Oregon Investment Council, which manages $77 billion in assets for various entities of the State of Oregon, recently increased its real estate allocation from 8% to 11%. The council employs 39 real estate managers, up from 30 last year. Now with guidance from PCA, the council is looking to take an approach similar to CalPERS and use fewer outside real estate investment managers in the future.

The council’s $5 billion real estate portfolio has returned a paltry 2.95% through May of this year, but has yielded 21.76% over the past five years.

Given the lower returns of late, every manager’s performance is under closer scrutiny, and top performers will likely rise to the top of the funds’ short lists. Still, finding investments suitable for the funds’ money is a tougher task than ever. Certainly the office markets, which account for the bulk of institutional buying, have remained moribund in 2008. Sales of significant office buildings totaled just $2.6 billion in May, about half the volume posted in April and 87% lower than in May 2007, according to New York-based researcher Real Capital Analytics.

There are a few signs of life. Monthly office sales volume reported in contract doubled in May to $15 billion, a sum that compares favorably to the $23 billion of office sales reported closed so far this year.

“The spike in deal making, rumors of 100 bidders for Pool 1 of the former EOP/Macklowe assets and even a slight improvement in pricing on a national level are certainly positive news,” says Robert White, president of Real Capital Analytics. “A recent spate of acquisitions by foreign investors has also contributed to the positive momentum. However, it is still unclear if this really is the start of a recovery or just a dead cat bounce.”

Mark Vitner, senior economist with Wachovia, expects commercial property prices to fall 15% to 20% nationwide by year’s end. “Higher borrowing costs have led to a modest increase in cap rates and vacancy levels have edged up,” says Vitner. “Moreover, transaction volumes are falling as investors become more risk averse and lending becomes more restrictive. Both the NCREIF and Moody’s/Real Commercial Property Price Indexes have declined recently, indicating some softening in the deal pipeline. There is no question that deal flow and property values will slow further this year, the only question is the pace of change.”