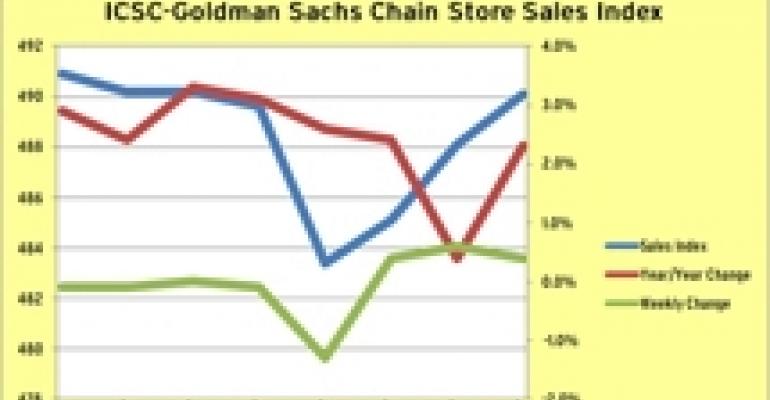 The ill-timed snowstorm that hit the Northeast and parts of the Midwest the weekend before Christmas made a dent in sales this holiday shopping season, one that might not be completely wiped out by huge after-Christmas discounts, according to industry insiders.

Retail traffic on Super Saturday 2009, which is usually one of the busiest days of the year for retailers, was down 12.4 percent compared to last year, according to ShopperTrak, a Chicago-based research firm. The storm cost U.S. retailers at least $2 billion in sales, according to estimates from Planalytics, Inc., a Wayne, Pa.-based provider of business weather intelligence, as consumers concentrated on items that were already on their shopping list or opted to give friends and family cash instead of presents. Furthermore, some shopped online that weekend rather than visiting malls.

A saving grace for retailers was the fact that there was time to make up for the storm with five pre-Christmas shopping days last week. Many operators opted to keep stores open around the clock during the run up to the holiday. For the fourth year in a row, a dozen Macy’s stores in the Northeast and the Midwest operated round the clock from Dec. 21 through Dec. 24, while four additional stores in New York and New Jersey stayed open until 2:00 a.m. And as a direct result of the storm, approximately 55 Borders stores in the Northeast and Midwest stayed open until midnight on Dec. 21, 22 and 23 (most Borders stores were already working on an extended schedule for the holiday season, according to a company spokesperson).

Nevertheless, the storm might take a percentage point off same-store sales results for the entire holiday shopping season when the final numbers are crunched, estimates C. Britt Beemer, CEO of America’s Research Group, a Charleston, S.C.-based consumer behavior research firm. “The storm certainly came at the worst possible time,” Beemer says. “It affected the shoppers who only had so much time to shop and for people who were going out of town it was an issue too. A lot of people who were affected by the weather ended up giving cash.”

In addition, Super Saturday traffic is important because, historically, people who go into the mall to complete their gift list end up making a number of unplanned purchases, be it extra gifts for friends and family or a little something for themselves, according to Scott A. Bernhardt, COO of Planalytics. This year, shoppers likely made an extra effort to buy must-have items, including toys and electronics, but had probably foregone all the extras.

According to MasterCard Advisors’ Spending Pulse report, which tracks retail sales based on activity within the MasterCard payment network as well as purchases paid for with cash and checks, sales in the apparel sector were down 0.4 percent in the period between Nov. 1 and Dec. 24, while sales of electronics were up 5.9 percent compared to the same period last year.

The season's final verdict will be determined by after-Christmas sales. According to a survey completed by America’s Research Group, more than 60 percent of consumers who did not complete their holiday shopping by last week were put off by the lack of blockbuster deals, compared to 11 percent who were deterred by the weather. On the day after Christmas, JCPenney was offering discounts of 40 percent to 70 percent on toys, jewelry and women’s apparel, and discounts of 30 percent to 60 percent on children’s and men’s apparel and home décor.

For its part, Borders was touting discounts of up to 50 percent on bestseller titles, calendars and stationery. Meanwhile, Walmart announced discounts of up to 50 percent on select toys and holiday items and promised a $50 gift card to anyone who purchased an Xbox 360 between Dec. 26 and New Year’s Day. As a result, ICSC has confirmed its forecast of a 1 percent gain for the November/December shopping period.

“I am sure retailers are going to try to offer 50 percent off to get consumers in the door, but whether the consumer accepts that or not is another question,” says Beemer.