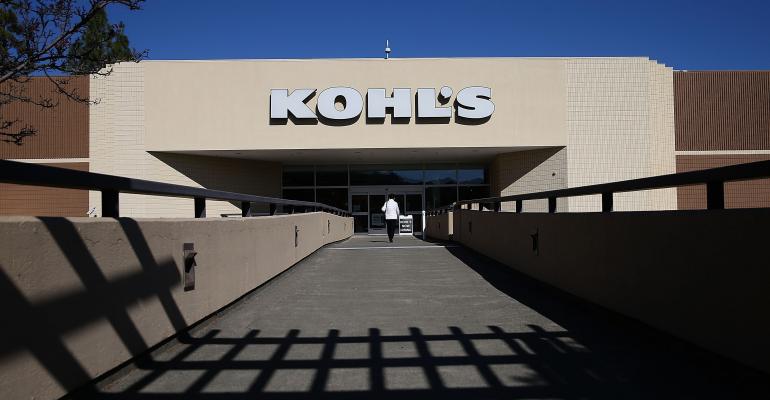 Kohl’s idea to partner with Amazon—which many in retail consider the enemy—was a bid to think outside the box and attract people to its stores.

(Bloomberg)—For  Kohl’s Corp., a partnership with Amazon.com Inc. seems to be paying off.

Since the launch of an October pilot program to accept Amazon returns in some stores, traffic at participating Chicago Kohl’s stores has been about 8.5 percent higher than others, according to geolocation data analyzed by Gordon Haskett Research Advisors.

“For Kohl’s it seems like a no-brainer,” Chuck Grom, an analyst at the research group, said in an interview.

About 56 percent of those who returned Amazon goods to a Kohl’s location were new Kohl’s shoppers -- or they hadn’t visited Kohl’s at least since July 1, according to the study. That’s higher than in other locations, where less than 43 percent of those visiting were considered new to the chain.

Shoppers also appeared to spend more time in stores that offered returns, according to the data, which is obtained by tracking customer traffic via cell-phone data.

The case study looked at 13 Kohl’s stores in Chicago from July 1 through April 14. Five of the locations were part of the pilot.

Kohl’s idea to partner with Amazon -- which many in retail consider the enemy -- was a bid to think outside the box and attract people to its stores. Kohl’s also sells Amazon gadgets such as the Echo in a special section inside 10 stores in Los Angeles and Chicago.

Kohl’s Chief Executive Officer Kevin Mansell, who will hand the reins over to Michelle Gass this month, said in a March earnings call that the retailer has had “initial discussions” with Amazon about how and where they would expand the pilot. He declined to give further details. The retailer is scheduled to report its first-quarter results May 22.