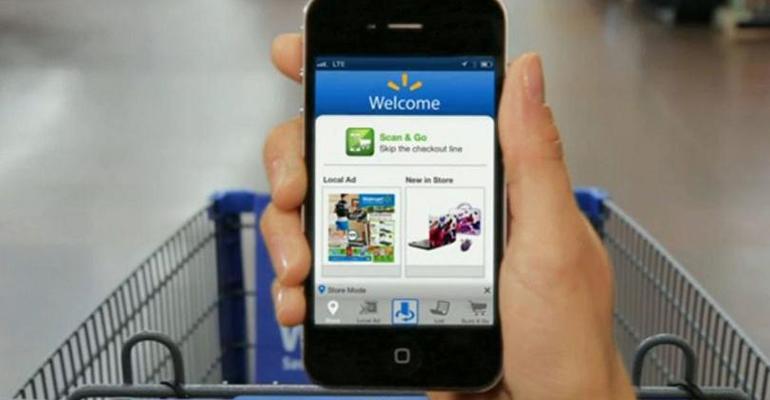 The moves show how the world’s largest retailer is trying to embrace mobile shopping while maintaining the in-store customer traffic that remains its lifeblood.

(Bloomberg)—Walmart Inc. has updated its smartphone app with store maps and shopping-list builders, the latest step in the retailer’s push to reduce hassle amid a migration to e-commerce.

Walmart’s app will add a feature called Store Assistant, which activates when shoppers walk in the door. The goal is to make it easier to build shopping lists while calculating costs and quickly locating items. Maps will eventually be available for all of the chain’s 4,700 U.S. stores. The app will also show if a store has services like auto care or photo processing.

The additions build on features added last year, such as tools to refill prescriptions and wire money. Over the holiday period, Walmart also employed its app to speed up the returns process.

The moves show how the world’s largest retailer is trying to embrace mobile shopping while maintaining the in-store customer traffic that remains its lifeblood. Customer visits to Walmart’s U.S. stores have risen for 12 straight quarters, fueling sales gains that helped push its shares up 43 percent last year.

The ranks of U.S. shoppers who browse and buy with smartphones should grow 5.4 percent to 187 million this year, according to data tracker EMarketer. So-called mobile commerce revenue -- mostly generated via smartphones -- will reach $208 billion, an annual increase of 40 percent, EMarketer forecasts.

Walmart doesn’t disclose how many customers use its app, but said in November that its mobile-payment service, Walmart Pay, is enrolling tens of thousands of new users a day, up from just thousands previously.