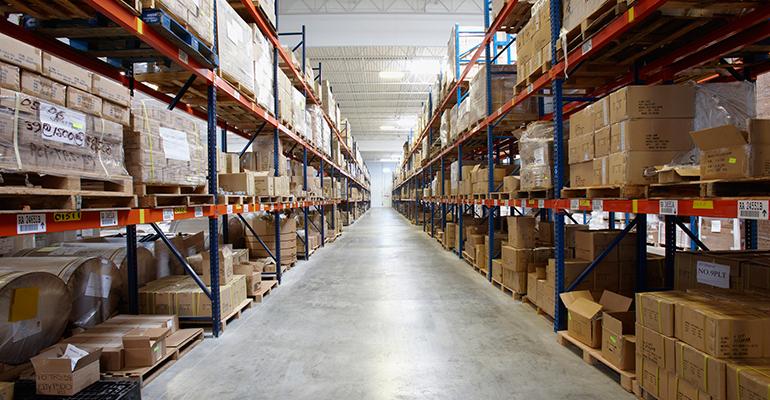 Warehouses Get Bigger, Taller and Faster as E-Commerce Takes Off

Builders spent $2.7 billion on U.S. warehouse construction in October, the most since the census started keeping track in 1993.

By Patrick Clark and Kim Bhasin

(Bloomberg)—Those boxes piling up on your doorstep over the holidays don’t ship from Santa’s workshop. As Americans spend more money shopping online, real estate developers are sinking record amounts of money into new warehouse space, building bigger, taller structures to meet the needs of e-commerce — and the robots that help it along.

Builders spent $2.7 billion on U.S. warehouse construction in October, the most since the census started keeping track in 1993. The size of the average warehouse completed this year was 188,000 square feet, according to a report published this week by CBRE Group Inc., more than double the size in 2001. Developers are also raising their roofs, with ceiling heights up 21 percent over that period.

Warehouses are getting bigger for the same reason retailers and logistics firms are building more of them.

“It’s the notion of the endless aisle,” said Joe Dunlap, a managing director at CBRE, where he leads the supply chain advisory practice. A retailer that stocks 30,000 items in its stores might offer 10 times as many items for sale online. More stock requires larger footprints. Higher ceilings accommodate mezzanine levels, letting operators cram more shelves into a building.

While builders are pouring money into next-generation warehouses, venture capital firms are stoking competition in warehouse automation. Since Amazon.com Inc. acquired bot maker Kiva Systems for $775 million in 2012, a new batch of robot makers has burst on the scene, including Geek+, which has raised $22 million. 6 River Systems Inc., a robotics company founded by former Kiva employees, scored a $15 million round, while RightHand, which makes a robo-arm, added $8 million to its war chest.

Meanwhile, warehouses are likely to keep getting bigger, and more expensive.

“Long term, there has to be a landing point,” Dunlap said, “probably driven by finding the right collaboration” between robots and people.