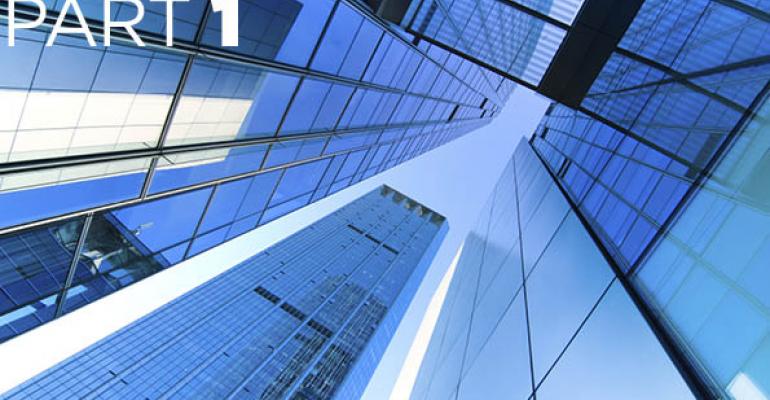 The office sector has been the underdog in the real estate market recovery. It has lagged behind other sectors such as apartments, industrial and even retail. But office is slowly and steadily coming back with a brighter outlook for 2016.

NREI recently teamed up with the Society of Industrial and Office Realtors (SIOR) to conduct a research survey aimed at gauging industry sentiment on what lies ahead for the office leasing and investment sales markets in the coming year. One of the things that the survey’s results made abundantly clear is that sentiment is turning positive, but it is by no means a “one-size-fits-all” recovery. Views are mixed based on region, market and even individual submarkets.

The good news is that the vast majority—three out of four respondents—see improvement in their local markets. About half of respondents (51 percent) believe that the U.S. office market is still in its recovery/expansion phase, while 27 percent believe it is at its peak. Those that see the office market as still in a recession or trough remain in the minority at 13 percent, while 9 percent are unsure of what stage their market is at in its recovery [Figure 1].

Overall, key fundamentals such as absorption, occupancies and rents are improving across the country. But, at the same time, the recovery continues to move at a very sedate pace. National office vacancies have shown only a slight improvement since peaking at 17.6 percent in 2010. Vacancies dropped 10 basis points during third quarter to reach 16.5 percent, according to data from research firm Reis Inc. It is an “interesting dynamic” as sectors driving demand for space continue to shift. Some companies have enjoyed growth spurts where they hire more people and add space, while others continue to announce major layoffs and shed excess space. “It has not been steady, positive growth. Instead it has been a little choppy,” says R. Scott Martin, SIOR, executive vice president at NAI Capital in Pasadena, Calif.

Nearly two-thirds of respondents (68 percent) expect continued improvement in national office occupancies, with a mean improvement of 14.8 basis points over the next 12 months. More than half of respondents (58 percent) predict a modest increase in occupancies of between 0 to 50 basis points, while 7.5 percent said the increase will likely be between 50 and 100 basis points. Two and a half percent also predict an increase by 100 basis or more. On the negative side, 22 percent believe that occupancy rates will fall, while 10 anticipate no change in the coming 12 months. Sentiment was almost identical when respondents were asked about the outlook for occupancies in their specific geographic markets.

Gateway markets including New York City, San Francisco and Washington, D.C. were recognized as early leaders in the recovery, while most secondary markets have followed further behind. Atlanta is one secondary market that has reached the mid-point of its office recovery with gains that have been accelerating over the past 12 months. “All of the numbers are trending upwards, and that improvement is expected to continue for the next 24 to 30 months,” says Thomas F. Davenport III, SIOR, president of Lavista Associates Inc. in Atlanta.

Atlanta’s office vacancy rate has dropped by more than 4 percent over the last four years in all categories—class-A, class-B and class-C, while effective rental rates have increased by more than $2.20 per sq. ft. over the past three years, notes Davenport. The office sector has benefited from the overall economic rebound, as well as notable corporation headquarter relocations to the city by companies including Mercedes Benz North America and Pulte Homes. Yet that recovery still varies widely across the metro with some submarkets, such as Buckhead, exhibiting strong rent growth, while others have seen minimal or no rent growth, Davenport adds.