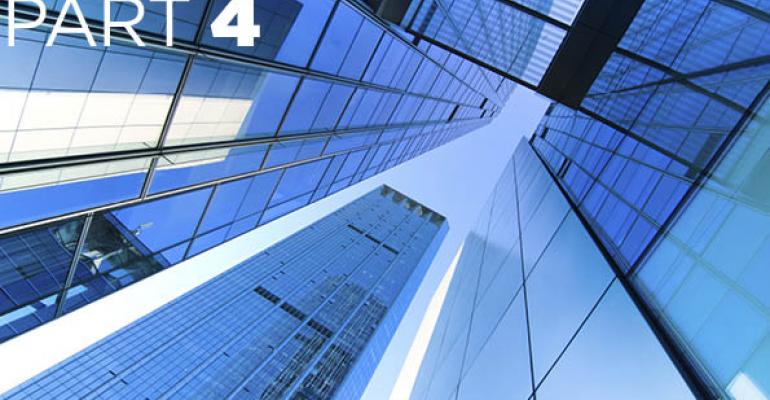 Despite the still tepid recovery in the office market, investors have exhibited a strong appetite for office properties. Year-to-date through third quarter, office sales reached $106.5 billion, which is up about 24 percent compared to the $85.7 billion in properties that had transacted during the same period in 2014, according to data from research firm Real Capital Analytics (RCA). “I think you will see an even higher volume next year than in 2015,” says Gabriel Silverstein, SIOR, president of Angelic Real Estate LLC in New York City.

Even though the Fed finally raised interest rates in December, in the months leading up to the rate hike borrowers were still finding ample access to both debt and equity to fund transactions. Most respondents (45 percent) believe that capital is more widely available than 12 months ago, while 34 percent see the availability of capital in the office sector as unchanged. Only 11 percent said that capital was less available and 10 percent said that they were unsure or did not know.

Respondents were split on whether CBD or suburban office properties represent the most attractive buy in the current market, with suburban assets edging out CBD assets slightly at 51 versus 49 percent. However, when asked which type of investment offers higher long-term yields, suburban assets grabbed a bigger majority at 55 percent compared to 45 percent who believe CBD office properties offer higher long-term yields.

“One observation that I would make is that it is not as much about more or less money going to the suburbs. I’m seeing different money going to the suburbs,” says Silverstein. More private equity and less institutional money is moving outside of the CBD. Another key element to suburban investing is that it is very submarket or even location specific. “We’re seeing cases where buildings that might be a mile apart from each other will have wildly different user appetites and therefore different investor appetites,” he says. All of that points to the fact that investors are still wary of the downside risk that exists in suburban markets.